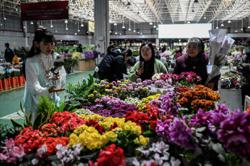 KUALA LUMPUR: Moody’s Analytics is more positive on Asia-Pacfic economies as movement controls ease while there is stronger domestic demand in these countries, also pointing outfactories in Malaysia ramp up production and benefits from commodity exports.

In its outlook “The Apac Outlook: Asia’s Reopening”, it said easing of mobility restrictions will raise demand for local goods and services throughout the region.

“And the ability to fully staff manufacturing facilities will allow foreign trade to continue to provide a foundation for the region,” according to the report, authored by Steve Cochrane, chief Apa c economist at Moody’s Analytics.

“This will help ease supply chains in the region, for example, as electronics and auto parts plants ramp up production in Malaysia and Thailand, with supplies of consumer goods starting to flow again from Vietnam’s many industrial parks.

“But it may take time, particularly in Vietnam, for migrant workers from rural areas to be comfortable returning to the urban production centers.

“Such a rebound is behind India’s current recovery, where the Delta variant peaked in the second quarter. Industrial production has broadly recovered since July and production through September appears to have regained all that it lost during this second wave of Covid-19,” he said.

To recap, Cochrane said the Delta wave of Covid-19 is allowing an easing of movement controls and stronger domestic demand, it said as the AsiaPac economy is coming out of an extremely weak third quarter.

The 3Q, he said, was weighed down by the combined effects of mobility restrictions to contain the Delta variant and the resulting supply-chain disruptions and weak domestic demand.

International travel remained constrained as well throughout much of the region, particularly in the “zero-Covid policy” countries Australia, China, New Zealand and Singapore.

However, Cochrane said the Delta variant wave has now subsided significantly across all of Asia, and most importantly in Southeast Asia, except for Singapore.

All countries are easing mobility restrictions, at least for vaccinated persons, and vaccination rates are rising everywhere.

Google mobility indexes across the region are now back to their mid-April levels prior to the arrival of the Delta variant.

“Commodity exports will also help drive the region’s producers in the fourth quarter and into next year. Crude oil, palm oil, coal and iron ore, among others contribute to stable trade balances in Indonesia and Malaysia,” he said.

Australia’s state of New South Wales is working toward a limited opening by Nov 1.

Processes set up to manage these travel lanes will provide examples for the rest of Asia, much of which is highly dependent on the travel and hospitality industries.

Further north, manufacturers in Japan and China still suffer from high prices or outright shortages of imported intermediate goods. So much so that Toyota, for example, continues to keep a number of plants shut in these two countries and around the world.

Cochrane pointed out China’s fourth quarter is being weighed down by more than parts shortages, however, with lasting effects into 2022 as new regulations add uncertainty to both production and consumption.

Efforts to reduce the use of coal in power generation has led to power shortages for industrial users.

The uncertainty over the resolution of property-developer Evergrande’s debt has slowed new construction, demand for housing units, and property price appreciation, and has reverberated through local governments, which are earning less from land sales and issuing fewer bonds for infrastructure construction.

Tighter regulation of tech industries and financial services along with some pullback of fiscal stimulus has slowed investment, hiring and consumer spending, leading to a very modest GDP growth rate in the third quarter of just 0.2% from the second quarter, or 4.9% over the year.

“Our forecasted growth rates for China’s real GDP have been revised down for the fourth quarter and through the first half of 2022, bringing the annual growth rate for 2021 down to nearly 8%, and to a little less than 5% for 2022.

“Thus, the pattern of growth in Asia has turned on its head, with China slowing and South and Southeast Asia improving.

“But barring another wave of some new variant of Covid-19, the entire region should recover, with even the regional laggards Philippines and Thailand recouping their lost output from the pandemic by the end of 2022,” Cochrane said.

However, he added this assumes no further Covid-19 wave next year, or at least that improved vaccination rates and natural immunity allow policymakers to limit any mobility restrictions during any subsequent wave of the virus. 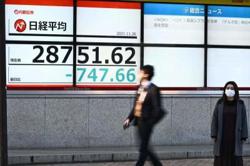 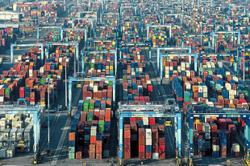