KUALA LUMPUR: The Malaysian telecommunications sector is expected to grow 9% year-on-year to RM5.23bil in 2021, driven by top-line growth from fixed-line players.

Despite the projected growth, UOB Kay Hian, in a recent report, noted that the second half of 2021 tends to be a seasonally weaker period.

“This is predicated on weak consumer and business sentiment, which is likely to improve only in the fourth quarter of 2021.”

’s (TM) continued voluntary separation scheme during the third quarter of 2021 and typically higher operating expenditure for Axiata and TM towards the fourth quarter this year, will impact sector earnings in the second half of 2021.

“All in all, we expect 2021’s earnings growth to be driven by a 9% year-on-year top-line growth from fixed-line players; a 2% service revenue growth from the big three telcos; stable earnings before interest, taxes, depreciation, and amortisation margins; and increased enterprise solution order book, particularly for TM, which is likely to materialise in the fourth quarter of 2021.”

“With a wider fibre footprint, these companies would benefit from higher subscriber growth as evidenced in the first half of 2021.

The research house said the local fixed broadband penetration rate however had improved to 39% in the first quarter of 2021 from 35% in the previous corresponding period.UOB Kay Hian also said the MCMC remains focused on achieving a balance between consumer affordability and investment returns for telcos.

The research house noted that the MCMC is satisfied with the price point of the current home broadband packages.

“By accounting for 1% of the monthly gross national income per capita, the entry-level broadband package of RM79 to RM99 per month appears reasonable as connectivity is gradually becoming everyone’s basic necessity.

and Allo, we believe that the incumbents would still have the upper hand, given their accelerated efforts to expand fibre footprint, invest in network quality and enhance product attractiveness for customer stickiness.” 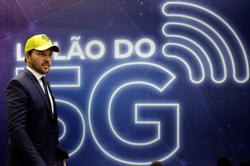