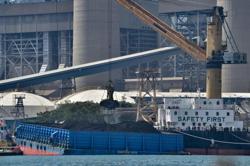 JAKARTA: Indonesia, the world’s biggest exporter of coal used for power generation, is facing challenges in hitting its output target for the fuel because of heavy rains that have slowed activity at key mines in recent months.

Global coal prices have soared to records this year on a recovery in industrial fuel demand and constrained mine output in top coal consumer China.

Indonesia targeted a jump in output and exports to capitalise on the boom, but heavy rains have slowed mine and port operations, mining executives told Reuters.

The Energy and Mineral Resources Ministry, in April, raised its 2021 output target to a record 625 million tonnes, 11% higher than 2020 output, from an initial target of 550 million tonnes, with the higher supply intended primarily for exports.

But through September output has risen by only 8.7% from a year earlier to an estimated 456.77 million tonnes, energy ministry data showed, while exports dropped 4.6% to 230.45 million tonnes compared to last year.

Indonesia’s meteorology agency said half of Indonesian territory, including parts of key coal hubs Kalimantan and Sumatra, have seen the rainy season start earlier this year and with higher intensity.

Agency data showed that parts of Kalimantan registered rain volumes in August that were twice that month’s average over the 1981-2010 reference period.

“Rains are unusually and very unseasonally heavy, and this has potential to influence output if they persist,” said Dileep Srivastava, director of the country’s largest coal miner Bumi Resources.

“We are optimistic in the prospect of coal business in this second semester but we remain cautious,” she said.

The obligations state that miners must sell 25% of their output to state electricity firm Perusahaan Listrik Negara (PLN) and 34 miners who missed that target had their export permits suspended earlier this year.

Some have been allowed to resume exports since, but the DMOs remain a key priority for most miners.

“Our commitment is to meet DMO and prioritise supplies against PLN contracts,” Bumi’s Srivastava said.

Indika Energy, parent company of miner Kideco Jaya Agung, submitted revised output targets in August and has been allowed to produce 37.3 million tonnes of coal this year, up from an initial target of 31.4 million tonnes, spokesperson Ricky Fernando said.

Around 54% of its total sales were to domestic customers last year. Indonesia’s trade surplus hit record highs in recent months, thanks in part to the surge in coal prices.

Meanwhile, China’s coking coal and coke futures jumped about 9% yesterday to record highs, as supply remains tight even though Beijing has ramped up efforts to boost output. — Reuters 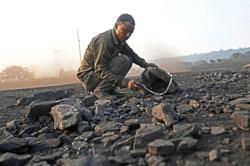