MARC in a statement yesterday said that with WCT’s infrastructure contracts largely from the government or government-linked companies, counter-party credit risk is substantially mitigated.

“Its major non-government linked contract, the RM2.97bil superstructure contract for the Pavilion Damansara mixed-development, is a related-party project,” the rating agency said.

“The ratings affirmation considers WCT Holdings’ established track record in the construction sector which continues to provide a sizeable order book, and its improved liquidity position, mainly through receipt of proceeds from an arbitration award.

“The ratings affirmation is also supported by the increasing likelihood of improvement in the group’s credit metrics from deleveraging activities over the near term.

“Moderating rating factors include concerns on the recovery prospects for the group’s property development and investment segments that have been impacted by pandemic-induced shutdowns,” it said.

MARC said also noted the group has improved its liquidity position following the receipt of initial proceeds of RM319mil from the arbitration award following the resolution of the longstanding dispute over the Meydan Racecourse project in Dubai, with the balance of about RM510mil to be paid on a quarterly basis amounting to about RM42mil until July 2024.

“Furthermore, liquidity will be supported by proceeds from land parcel sales totalling RM110mil by end-2021.

“We view the proceeds as sufficient to meet all its sukuk repayment obligations through 2022, concurrently addressing its high leverage position which has been a rating concern.

“Its total borrowings which stood at RM3.4bil at end-June 2021 (adjusted to include equity credit on its outstanding perpetual sukuk) will decline to RM2.8bil,” it added.

MARC said WCT Holdings’ property development activities which have a combined gross development value of RM1.204bil and unbilled sales of RM147mil as at end-June 2021 have continued to face challenges.

However, with limited ongoing projects, the group’s inventory of completed units declined to RM514mil at end-June 2021 from RM743mil at end-2020.

Its retail malls have been affected by the pandemic crisis, leading to a decline in overall occupancy levels and average rental rates.

Its hotels have faced the brunt of the impact with occupancy level falling to 15% and 8% for its Premier Hotel in Klang and New World Petaling Jaya Hotel.

For the first half of 2021, the group’s performance was supported by gains from land parcel sales, without which its earnings would have remained weak with the performance of its malls and hotels hit by movement restrictions.

These properties have registered net cash outflow of about RM1mil each month and this will continue to weigh on the group’s earnings in the near term.

“The stable outlook reflects our expectations that the group’s overall performance would continue to support improvement in its financial metrics and that the deleveraging will be executed as planned in the next 12 months,” MARC said. 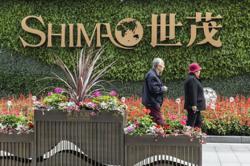