FILE PHOTO: The logo of the Monetary Authority of Singapore (MAS) is pictured at its building in Singapore in this February 21, 2013 file photo. REUTERS/Edgar Su/File Photo

The Monetary Authority of Singapore (MAS) manages monetary policy through exchange rate settings, rather than interest rates, letting the Singapore dollar rise or fall against the currencies of its main trading partners within an undisclosed band.

It adjusts its policy via three levers: the slope, mid-point and width of the policy band, known as the Nominal Effective Exchange Rate, or S$NEER.

The MAS said on Thursday it would raise slightly the slope of the policy band, from zero percent previously. The width of the band and the level at which it is centred will be unchanged, it said.

"This appreciation path for the S$NEER policy band will ensure price stability over the medium term while recognising the risks to the economic recovery," the MAS said in its statement. It said core inflation is expected to rise to 1-2% next year, and close to 2% in the medium-term.

The Singapore dollar jumped about 0.3% after the announcement to hit a three-week high of S$1.3475 per dollar.

Eleven of 13 economists polled by Reuters had forecast https://www.reuters.com/world/asia-pacific/singapore-forge-with-economic-recovery-cbank-hold-2021-10-11 the MAS would keep its policy unchanged, while only two had expected a slight tightening.

"The economic and inflation assessment sounds definitely more sanguine for 2022 and it looks like they are focusing on cost pressures including labour costs, both domestic and imported," said Selena Ling, Head of Treasury Research & Strategy, OCBC Bank.

"Also surprising is that they have dropped all the caveats about downside risks apart from a brief phrase on the emergence of a vaccine-resistant virus strain or severe global economic stresses."

The MAS said GDP growth was expected to be 6-7% this year and register a slower but still-above trend pace in 2022. - Reuters 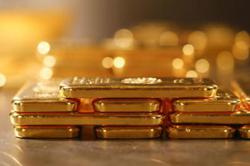