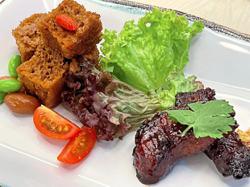 However, CGS-CIMB Research believed that the second plant closure, which lasted for seven days, coupled with headcount limits had led to lower or even flattish q-o-q sales delivery during that period. (File pic shows the Unisem factory.)

The group had previously guided for a 5% to 8% q-o-q US dollar sales growth in Q3 in spite of the initial 11-day plant closure from July to August.

However, CGS-CIMB Research believed that the second plant closure, which lasted for seven days, coupled with headcount limits had led to lower or even flattish q-o-q sales delivery during that period.

Unisem is scheduled to release its Q3’2021 results towards the end of the month.

“Nevertheless, we still think that Unisem will be able to catch up with production in Q4 in line with higher vaccination rates among its employees and greater worker availability as more employees return from mandatory quarantine leave.

“Overall, we believe this should translate into higher utilisation in Q4,” said the research firm in a report.

It reiterated its “add” on the stock with a RM5.25 target price.

Meanwhile, MIDF Research noted that Unisem had made a strong comeback this year as seen in its financial performance for the first half of FY21.

Given the upbeat outlook for semiconductor applications and consumptions as well as the revamp in the group’s operation, MIDF Research is of the view that the group is in a much stronger position to fully tap into the proliferation of 5G and the Internet-of-things.

“Besides, we think that its strategic relationship with Tianshui Huatian Technology Co Ltd will further boost its operation expansion given the former’s significant presence in China’s semiconductor industry alongside its existing resources and technology,” said the research firm.

It also noted that Unisem planned to further expand its customer base in correlation to its Chengdu’s plant expansion in China.

As per the recent power shortages in China, CGS-CIMB said its channel checks with Unisem management revealed that the Chengdu operations were not interrupted by the incident given its location in the Sichuan province, which was not subjected to the disruptions.

This is a positive development, according to the research firm, as its Malaysian operations have been hit by temporary shutdowns in August and September due to a spike in positive Covid-19 cases. It believed that a stronger contribution from Chengdu could partially offset the near-term impact at the group’s Ipoh plant.

“We estimate revenue contribution from Chengdu to overtake Ipoh and account for 55% to 60% of the group’s FY21 forecast revenue,” said CGS-CIMB.

On Unisem’s one-for-one bonus issue that went ex last week, analysts said it would help boost the stock’s liquidity and improve near-term trading sentiment. This followed the issuance of 806.5 million bonus shares, which was undertaken mainly to reward existing shareholders. 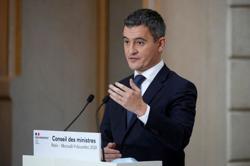 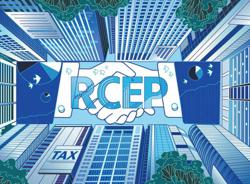