THE industrial property market saw solid year-on-year growth in the first half of 2021, as the Covid-19 pandemic pushed demand for more warehouse space in the country.

Going forward, the outlook for the local industrial market is expected to remain steady, as changes brought on by the pandemic are anticipated to spur growth for this segment.

Despite the decline, Sim is still optimistic about the outlook.

“When we look at the bigger picture and the underlying factors affecting the July IPI, in particular, the manufacturing sector, we can derive that the softening of output was largely driven by the imposition of the enhanced movement control order in parts of Selangor and Kuala Lumpur in the first two weeks of the month.”

Sim says the year-on-year drop was also anticipated, especially when compared with July 2020.

“Back in July 2020, Malaysia as a nation had entered into the recovery movement control order after months of lockdown since March 2020, as compared to the deterioration in terms of the infection numbers witnessed in July this year.” This, he says, suggests that the PMI had bottomed out in June 2021.

“The sentiment seems to trend towards recovery and we would expect the IPI figures to reflect the same trajectory in the coming months.

Additionally, Sim says the gradual reopening of the economy, coupled with the higher inoculation rate among workers in the manufacturing sector, augurs well for this segment. “The global shortage of semiconductors and the ever-increasing demand for logistics services will drive the demand of industrial offerings into 2022,” he says.

Although IPI figures are expected to trend upwards in the months ahead, Sim says the positive spill-over effect on the industrial real estate market may only be witnessed in the medium term.

“This is given that the recovery figures will mostly reflect the resumption of operations of existing manufacturing capacities, before expansion in the industrial real estate space (in terms of real square footage) takes place.

“Having said that, selected sectors such as electrical and electronics, healthcare, cold storage and food industries may reach full operational capacity earlier, underpinned by the global demand and thus embark on an expansion of real estate footprint much sooner than other sectors.”

announced that it is tying up with real estate logistics services provider Logos Property Group Ltd to set up industrial development funds for clients in the logistics sector.

Commenting on the tie-up, Logos Property Malaysia head David Aboud says he is optimistic about prospects for the Malaysian industrial sector.

“Malaysia is a very vibrant economy. Once we come out of the pandemic, I’m expecting things to really pick up in this country.

“But when it does pick up, it’s going to be very much different then when Malaysia went into the downturn. E-commerce has grown by leaps and bounds. The market itself is changing and Covid-19 has accelerated that change,” he said at a virtual media conference earlier this week.

Ruben Kelvin, who is the business development head for City Valuers and Consultants (real estate services) and Greenhill and Mason (design, build and renovation services), concurs. “As we head into the new normal post Covid, assets that have a higher density of human population have seen the hardest hit. Malls, food and beverage outlets, retail and commercial offices have had a decline in both rental and purchases.

By contrast, Ruben says self storage facilities, industrial facilities and data centers have seen lower levels of decline, adding that this has created a shift where the industrial market has become a favourable avenue.

“In the manufacturing sector, companies have been consolidating their offices within their factories, where the primary focus will be on production and having key personnel on the premises.

“Other support staff will be working from home.”

Additionally, Ruben says many emerging grocers have gone away from the traditional approach of having multiple stores and are now focusing on a central warehouse where deliveries and logistics can be planned efficiently.

“This would allow competitive pricing for their stock-keeping units and convenience to the customers where they can receive groceries at their doorsteps.”

He adds that the retail sector has also gone through a shift, with numerous operators consolidating their offices within a warehouse space.“Independent fashion retailers are considering one flagship store as a showcase space for customers to know their fit, while purchases can be done online or via an app.”

Transactions on the rise

According to the National Property Information Centre (Napic), industrial property transactions were up year-on-year in terms of both value and volume in the first half of 2021, spurred by the surge in e-commerce that drove demand for more warehouse space.

Napic says a total of 2,562 transactions worth RM6.48bil were recorded in the industrial property segment during the first half of this year.

By state, Selangor led the total number of industrial property transactions in the first half of 2021 with 35.7% or a total of 915 units transacted during the period.

This was followed by Johor (337 units), Penang (247 units) and Sarawak (213 units). Terraced factory lots (32.2%) and vacant plots (27.5%) dominated industrial property transactions during the first half of the year, while the bulk (44.6%) of the properties being transacted were those that cost more than RM1mil.

Meanwhile, Deloitte in its report on the future of the industrial real estate market says e-commerce sales are expected to drive warehouse demand.

Ironically, Deloitte says sales are not the only reason e-commerce companies typically need more space. “Product returns fill shelves too. Customers are three times more likely to return products they bought online compared to those they bought at a retail store. E-commerce companies need 20% more space to manage reverse logistics compared to normal sales.”Despite the increase in warehouse demand, Deloitte however says that slower growth is anticipated in the next five years.

“This is likely due to an influx of space becoming available in the market and the higher cost of capital. Apart from new developments coming into the market, many on-demand warehousing startups are aggregating underutilised industrial real estate spaces to fulfill seasonal warehousing needs.

“In addition, some owners are repurposing vacant or near-vacant non-industrial real estate spaces to provide more options for renters seeking warehouses in closer proximity to consumers.”

While retailers are converting stores into smaller showrooms and using the additional space as small warehouses for faster fulfillment, Deloitte adds that owners of some older office buildings are also converting vacant spaces into industrial real estate.

In light of this, Deloitte says owners of industrial property space should consider focusing on having a strong portfolio of properties, prioritising locations closer to population hubs.

“To have more properties at the right locations, owners should reassess their portfolio and make informed decisions on which properties to retain, sell and acquire.” 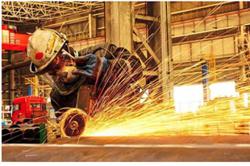