In the long term, RHB Bank aims to achieve specific targets for its digital banking businesses.

Over the last few years, the bank has been showing strong traction in digital banking, judging from the transactions carried out via its digital platform.

The percentage of banking transactions carried out through the digital platform increased strongly from 45.9% in financial year 2017 (FY17) to 85% in the eight months of this year.

CGS-CIMB Research in a report said the proportion of new businesses generated from the digital platform surged from a miniscule 0.6% in 2017 to 25% projected for this year, representing a four-year compounded annual growth rate of 154%.

“The development of digital banking businesses also helped the group to achieve greater operating efficiency, as evidenced by a drop in its cost-to-income ratio from 50% in FY17 to 45% in the first half of this year,” it added.

The research house said it is positive on the bank’s strong traction in digital banking following the event, as it highlighted the progress of its digital banking business and unveiled its targets for 2023.

In the long term, RHB Bank aims to achieve specific targets for its digital banking businesses.

These include a 15% revenue from ecosystem partnerships (embedded finance), digital transactions to exceed 95% of total customer transactions and 50% customer acquisition to be done digitally.

Other targets are to be top three in DuitNow (interbank transfer) transactions by volume, and analytics-driven benefits to account for 10% of its pre-tax profit. 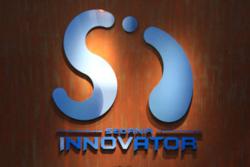