AWC returns to the black in the fourth quarter “The recovery has been disrupted as the resurgence of cases has made it difficult to fully re-open the economy,” its president and chief executive officer Datuk Ahmad Kabeer said.

has returned to the black with a small profit in its fourth quarter ended June 30.

The company reported a quarterly net profit of RM2.68mil compared to a net loss of RM29.9mil in the same quarter a year ago while revenue also rose to RM97.01mil from RM74.85mil previously.

Basic earnings per share for the reported quarter was at 0.85 sen while net assets per share was at RM0.654.

The company said revenue growth in the quarterly period was driven by higher recognition in the environment, facilities and rail divisions.

Notably, the company said that the environment division benefitted from project progress in the Middle East region and more favourable project milestones for key projects in Malaysia and Singapore.

“Recognition from the rail division improved due to the delivery of equipment and services during the quarter. The engineering division was however negatively impacted by slower project progress across all projects due to the movement control period and an impairment on trade receivables during the quarter,” AWC said in its statement

On a full-year basis, the group said it reported a record performance as revenue stood at RM343.9mil and net profit amounted to RM25.9mil.

“This performance has surpassed all the previous financial years and was made possible by a prudent kitchen sinking exercise in financial year 2020 (FY20), which led to the turnaround in the engineering division as the Malaysian air-conditioning segment no longer weighed on our performance,” the company said.

“This financial year has proved to be challenging, as the economy and business activities gradually recover from the height of the pandemic.

“The recovery has been disrupted as the resurgence of cases has made it difficult to fully re-open the economy,” its president and chief executive officer Datuk Ahmad Kabeer said.

AWC said that the significant improvement and turnaround from FY20 can be attributed to several factors, including the improved operating environment across all business segments.

The company also said that the facilities division had benefitted from new concession rates of RM59mil from RM52mil per annum while the environment segment’s outperformance was driven by new project executions in the Middle East region and ongoing projects in Malaysia and Singapore.

It also pointed out that its engineering division was no longer weighed down by the Malaysian air conditioning segment, which was shuttered in the fourth quarter of FY20.

“Order book replenishment for FY21 exceeded RM290mil, which is also a record for the group,” Ahmad Kabeer said.

During FY21, AWC said that the new contracts had exceeded total replenishments for FY20.

This brings the outstanding order book to around RM900mil and will sustain the group’s financial performance in the coming years, AWC said.

Its tender book amounts to approximately RM1bil and puts it in a good position to deliver more contract wins in the near future.

In conjunction with its results, the board has proposed a final single-tier dividend of one sen per share in respect of FY21, subject to approval by shareholders at a coming AGM. 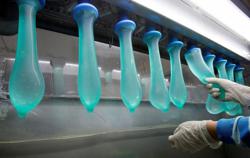