Careful stance: A woman walking past a SoftBank office in Tokyo. The conglomerate remains largely silent on its China strategy going forward. — AFP

TOKYO: SoftBank Group Corp, one of the biggest foreign investors in China, plans to take a more cautious approach to backing the country’s startups but will continue to cut deals, according to chief operating officer Marcelo Claure.

The Japanese conglomerate’s stock came under pressure in recent weeks as a widening crackdown by Beijing regulators on China’s tech sector battered the value of some of its biggest investments, including Alibaba Group Holding Ltd.

“Like every other investor that’s heavily invested in China, we’re watching carefully to see the development of our companies there,” Claure said in an interview.

“By no means are we going to abandon China or anything like that. We’re just going to be more cautious.”

At an earnings briefing in August, founder Masayoshi Son said the new regulations would take time implement but he believed valuations would eventually rebound. Son also suggested that SoftBank would pause investments in the country in the meantime.

“In one year or two years, under the new rules, I think things will be much clearer,” Son said on Aug 10.

“So once things get clear, then we are open to resume active investment in China.”

Son said SoftBank has reduced its investment in China recently. The country accounted for 23% of its portfolio in total, but only about 11% of new investments, he said.

Jefferies analyst Atul Goyal estimates that the Chinese e-commerce giant alone accounts for as much as 40% of SoftBank’s gross asset value, with other China assets taking up as much as 25%.

Alibaba, SoftBank’s most valuable investment, is down more than 35% this year.

“We still believe that China, because of demographics, because of the emergence as one of the tech leaders, has an incredible amount of potential,” Claure said.

“We’re still investing, maybe the size of the stakes are smaller. But we’re global investors. We’re in the business of allocating our capital in different parts of the world.” — Bloomberg 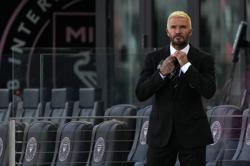