Malaysia's new import purity thresholds are due to come in at the end of this month.(File pic shows copper scrap in bags in Malaysia)

This time it is Malaysia that is threatening to stop imports of lower-grade recyclable material.

The country has emerged as a major recycling hub for both copper and aluminium, processing and upgrading scrap into a form that can be imported into China.

China has since 2019 banned imports of complex material such as insulated copper wire and shredded motor scrap. It was going to ban all scrap imports this year but was persuaded by its domestic copper sector that eliminating such a key source of raw material was unwise.

However, the biggest supplier is Malaysia, which is now going down the same path as that trodden by China by proposing strict new rules on the sort of scrap it will allow to be imported.

Malaysia's new import purity thresholds are due to come in at the end of this month.

The Malaysia Non-ferrous Metals Association (MNMA) has warned that the current proposals risk killing off the country's growing scrap dismantling and processing sector. 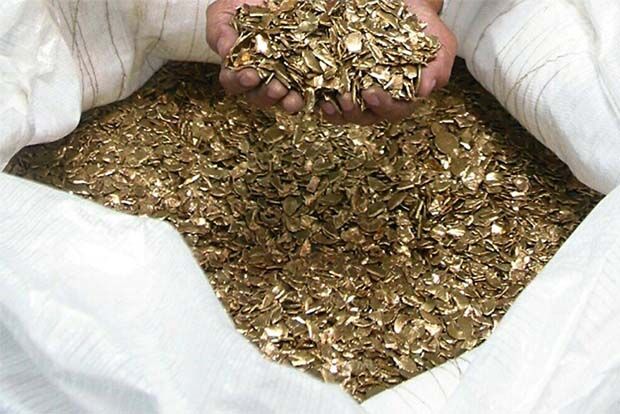 The proposed guidelines, issued by state standards agency SIRIM, would represent some of the strictest purity rules in the world. They not only stipulate a minimum metal content of 94.75% but also zero impurities, including the copper dust that naturally forms through oxidization.

Even China didn't try for zero tolerance. Its 1% impurity threshold was controversial enough when first proposed.

Indonesia, which has also been tightening its scrap import standards, dropped a proposed 0.5% impurity threshold and settled for 2% after concerted push-back from international recycling organisations such as ISRI and BIR.

Malaysia's minimum purity level is also higher than that now permitted by China for imports of brass.

Taken together, SIRIM's proposed standards risk halting imports of all but the highest-purity copper scrap. Even if watered down, it's hard to see how they're not going to have a negative impact on flows of the very material Malaysia has become specialised in processing.

That in turn has consequences for China, which has become reliant on Malaysia as a key supplier of higher-grade recyclable copper.

Malaysia was China's ninth largest supplier of copper scrap back in 2017, when Beijing first revealed its intention to phase out imports of what it classified as "solid waste".

Malaysian imports that year amounted to 154,000 tonnes with a low implied copper content of around 30-35%.

China's ban on lower-grade scrap at the start of 2019 saw Malaysian imports mushroom to 267,000 tonnes with an implied content of 85-90% that year.

The transformation was down to the partial off-shoring of China's domestic dismantling and processing capacity.

Malaysia has been China's top copper scrap supplier ever since. Shipments of 172,000 tonnes last year accounted for almost a fifth of China's total imports.

Flows have accelerated again this year, up 73% at 178,000 tonnes in January-July, part of a broader 92% resurgence in total copper scrap imports.

It's no coincidence that this scrap surge is happening just as China's appetite for refined copper wanes. While a shortage of imported scrap exacerbated domestic supply chain tightness last year, much improved flows of scrap this year are reducing the call on refined copper.

That may not last, however, if Malaysia closes the door on its own scrap metal imports.

Recycling, everyone agrees, will be a cornerstone of the green economy. It is both inherently green in itself - remelting copper is much less carbon intensive than digging it out of the ground - and critical to boosting supply of the metals needed for decarbonisation.

But it's clear that China has set in motion a domino effect of individual countries deciding unilaterally to devise their own standards on the sort of scrap resource they're prepared to import and process.

No-one wants to be the dumping ground for the rest of the world's trash, but as Malaysia has shown over the last three years, one man's junk can be another man's fortune, particularly if it's got copper in it.

It's possible that other countries could step into any gap left by Malaysia but tightening restrictions on trade in recyclables is a fast-spreading phenomenon.

Vietnam, for example, added another 13 items to its list of banned scrap-waste imports at the beginning of this year, including several exotic metals such as tungsten and molybdenum.

A lot of copper has already returned to the ground in the form of landfill.

The world has got more efficient in processing end-of-life products but to do so has relied on globalised trade. The United States and Europe in particular have got used to sending large quantities of low-grade material to first China, then other Asian countries such as Malaysia, for recycling.

Neither currently has the capacity to treat such material. The last secondary refinery in the United States closed at the turn of the century and although investment is flowing into new secondary copper capacity, it is doing so at the direct-melt products stage.

That requires higher-grade scrap, not the stuff that has historically been shipped to China for the messier business of dismantling, removing contaminants, processing plastic packaging and refining it into new metal.

It's noticeable that U.S. exports of copper scrap fell sharply over the 2018-2020 period as China - the previous top destination - steadily tightened its purity thresholds. Indeed last year's tally of 771,000 tonnes was the lowest since 2005.

Relative to 2017, the last year of normal trade with China, exports of copper scrap have fallen by a cumulative 450,000 tonnes over the last three years.

That material may be sitting in storage but it may also have gone to landfill for want of a better alternative, proof that transnational shipment is still a core requirement for an efficient recycling chain.

Malaysia's proposed clampdown on metal recyclables is not just a potential blow to a still-recovering copper scrap supply chain but also to the global urban copper mine.- Reuters