Of the total 49 million new shares, which represents approximately 14 per cent of the group’s enlarged total number of shares, 17.50 million will be allocated to the Malaysian public via balloting, the group said in a statement today.

The company has also entered into an underwriting agreement with M&A Securities Sdn Bhd in conjunction with the IPO of Ecomate on the ACE Market of Bursa Malaysia Securities Bhd, which is slated to be listed by November.

"Under the agreement, M&A Securities will underwrite 26.25 million of the 49 million new shares, comprising portions to be made available for the Malaysian public and Pink Form Allocations,” it said.

Managing director Jason Koh Jian Hui said the signing of the underwriting agreement has brought the group one step closer to becoming a public listed entity on Bursa Securities.

"Striking when the iron is hot, we believe it is an opportune time for us to execute our expansion plans and ramp up our production capacity to fulfil the rising demand for furniture from various countries.

"As an export-oriented furniture manufacturer, we view the IPO exercise as an avenue to enhance our corporate stature and brand recognition, as well as fortify our position in the international markets,” he said.

Koh also said the IPO is expected to provide a channel for the company to tap into the equity capital market for future fundraising. - Bernama 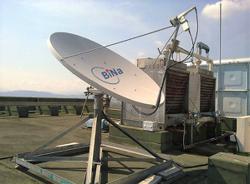