BENGALURU: Cigarette maker Philip Morris (PMI) has clinched the roughly 1-billion-pound takeover of inhaler maker Vectura after winning the backing of about 75% of shareholders in the British company, part of its expansion beyond tobacco.

Vectura shareholders had until Sept. 15 to decide whether to support the 165 pence-per-share bid from PMI, which sought to buy the London-listed asthma drug maker as part of its plan to go "smoke-free" and switch to healthcare and wellness products.

"We have reached an important milestone in our acquisition of Vectura and are pleased to have secured over 74% of the company's shares, in excess of the 50% required to make our offer unconditional and PMI the majority shareholder," PMI Chief Executive Jacek Olczak said in a statement on Thursday.

PMI had received the shares from shareholders through a public tender offer process, and the cigarette maker's offer for Vectura cannot be withdrawn now.

PMI, which fought off private equity firm Carlyle Group for the buyout of Vectura, had switched its proposal to a takeover offer from a so-called scheme of arrangement to raise its chances.

The switch allowed PMI to require the support of holders of just over 50% of Vectura shares for the deal to go through.

Philip Morris has received regulatory clearances for the deal and had won the backing of Vectura's board, but health groups are questioning the idea of a tobacco company making money from treating the very illnesses that cigarettes cause.

Olczak said PMI would provide Vectura's scientists with the resources and expertise to reach a target of at least $1 billion in net revenue from its "Beyond Nicotine" products by 2025.

The U.S.-based company has also extended the deadline for the remaining Vectura shareholders to tender their shares to Sept. 30. - Reuters 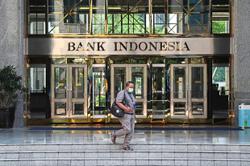