Datuk Eddie Ong Choo Meng has emerged as the substantial unitholder in KIP REIT, after acquiring a 9.895% stake in the group.

Menang Corp said it has scrapped its proposed private placement exercise to raise RM21.4 million for the group’s debt repayment.

Kejuruteraan Asastera has entered into a term sheet agreement with YL Global Ventures Sdn Bhd to venture into the robotics distribution business through the formation of a joint venture.

has proposed a private placement of up to 20% of its issued shares to raise up to RM43.93mil, which will be earmarked mainly to finance the group’s working capital requirements.

Kelington has secured a construction contract in Sarawak. The group said that it had received an award of contract from a manufacturing company at Sama Jaya Free Industrial Zone in Kuching to undertake the construction work with respect to its Sarawak Expansion Project.

GHL Systems' payment touchpoints across Malaysia, Thailand, the Philippines and Indonesia will now be able to offer Buy-Now-Pay-Later (BNPL) option to consumers, as GHL partners with BNPL platform Atome to expand its payment offerings across the region.

Magni-Tech’s 1QFY21 net profit fell 21.34% year-on-year, due to higher cost of sales coupled with the adverse effects of the lockdown.

JCorp, the State-controlled investment arm of Johor, has re-emerged as the largest shareholder of Damansara Holdings after buying a 49.57% stake in the company for RM78.91mil.

Meanwhile, the US market declined overnight after August CPI data came below expectations.

Earlier, European stocks were mixed after US inflation was lower than expected. 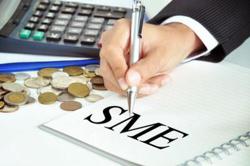 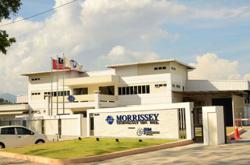