The bets by hedge funds, based on the initial reaction to Powell’s remarks in rates and currency markets, were misplaced.

HEDGE funds loaded up on the dollar and sold Treasuries ahead of Federal Reserve (Fed) chair Jerome Powell’s Jackson Hole speech last Friday, anticipating a nod to a bond-buying taper timeline that would push yields and the greenback higher.

But based on the initial reaction to Powell’s remarks in rates and currency markets, these bets were misplaced.

In his virtual address to the Kansas City Fed’s annual event in Wyoming, which was held virtually for the second year in a row, Powell gave no firm commitment to when the Fed will start winding down its asset purchases, and said disinflationary pressures that have been a feature of the economy for years are unlikely to lift any time soon.

The broad gist of Powell’s remarks were dovish relative to several of his Fed colleagues, who last week said they want to start winding down the bond-buying programme sooner rather than later.

The dollar and US bond yields fell last Friday as a result.

The value of funds’ net long dollar position against a range of G10 and emerging currencies jumped to US$8.4bil (RM35bil) from US$800mil (RM3.3bil) in the previous week. That is the highest level since March last year just before the pandemic-triggered long liquidation and lurch to a 16-month long bet against the dollar.

That marked the biggest week-on-week rise in long dollar positions since March, and the second largest in three years. But as Goldman Sachs strategists point out, Fed expectations that have lifted the dollar lately appear to have run their course.

“With tapering now largely priced in and the currency stronger as a result, following through with the process should not drive the dollar higher from this point forward,” they wrote in a note last Friday.

In Treasuries, CFTC data showed that funds and speculators cut their net long position in 10-year futures to 113,312 contracts from 145,216.

That marked the seventh straight week of net long positions, but a notable scaling back of bets on lower yields. 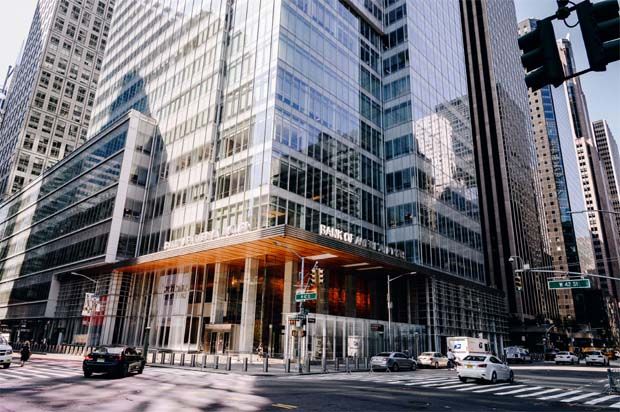 Bank of America last Friday was the latest big bank to lower its 10-year yield outlook.

It now sees a yield of 1.55% by the end of this year, lower than the other big five banks on Wall Street.

Funds also sold two-year Treasury futures, flipping to net short 9,366 contracts from a net long position of 30,197 contracts the week before, indicating that they were hoping for a rise in short-term yields.

But the two-year yield fell more than two basis points on Friday after Powell’s speech.

That doesn’t sound like a lot, but it was the biggest one-day fall in six weeks and one of the steepest this year.

Where hedge funds might be more in the money is the yield curve trade. Broadly speaking, they are betting on the 10-year yield falling relative to the two-year yield, a trend that has played out since June and which got a shot in the arm last Friday.

The gap between two and 10-year yields in June was 150 basis points.

Attention now rests squarely on the US employment report for August, which is due to be released on Friday. Strong jobs growth could be the green light to start reducing monetary stimulus and bringing eventual rate hikes onto the horizon.

“Powell’s conditionality offers the FOMC (Federal Open Market Committee) an off-ramp from the fast track to tapering. In contrast, if employment growth is strong, the FOMC could give unconditional advance notice in September that tapering is imminent,” Rabobank said.

Hedge funds have had a tough time this year playing the US bond market.

According to industry data provider Eurekahedge, macro and fixed income strategies in the first seven months of the year were up 4.59% and 3.77%, respectively.These strategies are under-performing Eurekahedge’s broad hedge fund index, which is up 7.97% in the January-July period. — Reuters

Jamie McGeever is a columnist for Reuters. The views expressed here are the writer’s own.