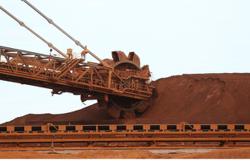 MELBOURNE: Fortescue Metals Group Ltd reported its highest ever annual profit and dividend on Monday, after the Australian iron ore miner shipped a record amount of the steelmaking material to take advantage of soaring prices.

Fortescue follows rivals BHP Group and Rio Tinto in reporting record profits and paying bumper dividends after a strong year for prices on the back of resilient demand from China, the top consumer, and supply issues in Brazil.

The world's fourth-largest iron ore miner posted an underlying net profit of $10.35 billion, up from $4.75 billion a year ago, just below a forecast compiled by Vuma of $10.41 billion.

Iron ore prices started to ease in late May and are likely to remain under pressure from a resurgence of output in Brazil and a tougher stand on emissions in China, although miners' profit margins are expected to remain healthy.

"The last few months have taken some of the shine out of iron ore prices, but (iron ore) miners will still have a good rest of the year," said David Lennox of Fat Prophets in Sydney.

"We still think there is enough infrastructure spending to come through from stimulatory programs that should keep iron ore prices back towards $180-$190 a tonne."

Prices peaked above $230 a tonne in May before dropping to $140 a tonne this month.

That will add about $1.8 billion to the wealth of the company's chairman and biggest shareholder Andrew Forrest, who is Australia's richest man with a net wealth of $17.8 billion according to Forbes.

The company is also investing in its green energy business, Fortescue Future Industries, on which it expects to spend up to $600 million in fiscal 2022. - Reuters 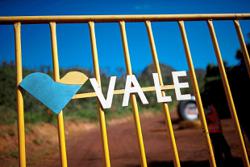