KUALA LUMPUR: The ringgit retreated from its four-day winning streak in the early Friday trade as the market sentiment turned cautious ahead of the announcement of the new Cabinet line-up expected at 11 am today, as well as mild profit-taking following the recent gains, dealers said.

A dealer said investors were reluctant to take any major position and would be closely monitoring the announcement of the new Cabinet line-up, especially the Finance Minister’s post -- a crucial ministerial post that would influence the country’s economic landscape in the future.

It was reported that Prime Minister Datuk Seri Ismail Sabri Yaakob would keep the post to himself.

Meanwhile, the ringgit was traded mostly higher against a basket of major currencies. 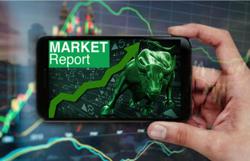