Benchmark high-quality Australian thermal coal at Newcastle Port rose to a 13-year high of US$168.71 (RM714.74) a tonne in the week to Aug 13. (File pic shows coal at a wholesale market in Mumbai, India.)

THERMAL coal’s spectacular rally in Asia is now running the risk of becoming a victim of its own success, with the fuel becoming uncompetitive versus liquefied natural gas (LNG) priced against crude oil.

The grade, which is preferred by Japanese and South Korean utilities, has now surged 264% since its 2020 low of US$46.37 (RM196.45) a tonne in September, hit at a time when demand was suffering as Asian countries locked down their economies to combat the spread of the coronavirus pandemic.

The Newcastle weekly index, as assessed by commodity price reporting agency Argus, is now closing in on the all-time high of US$195.20 (RM826.96) a tonne from July 2008. That was reached at a time when China was rapidly increasing imports, switching to becoming a net importer having previously been a net exporter.Data from Refinitiv shows that the natural gas switching price in Japan, which is the price at which generating electricity from coal is equal to that from LNG, has been moving in favour of the super-chilled liquid fuel in recent weeks.

This means that it is almost as cheap to use LNG to generate power as coal, which is a reversal from recent history. 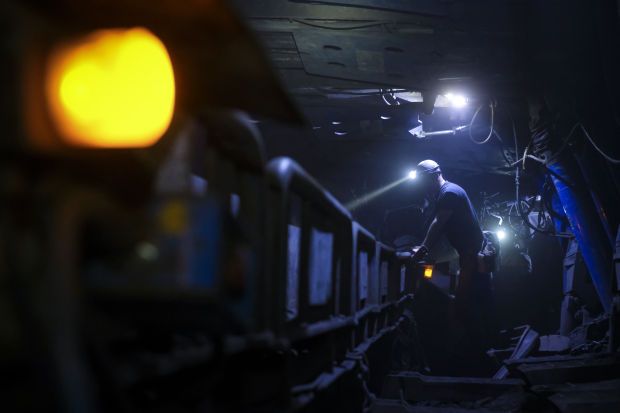 File pic shows a coal mine in Bosnia. - Reuters

While spot LNG prices in Asia have also surged amid a scramble for cargoes amid strong summer air-conditioning demand, it’s worth noting that the bulk of LNG traded in the region is still under long-term, oil-linked contracts.

Japan and South Korea are the two countries most able to switch between coal and LNG for power generation and are major importers of both types of the fuel.

While the incentive price to switch to oil-linked LNG from coal is almost at parity in Japan, in South Korea it has already flipped in LNG’s favour.

It’s worth noting that just because the switching price moves in favour of LNG, it doesn’t automatically follow that utilities will immediately change their generation mixes.

It usually takes several months for the switch to take place as oil-linked LNG prices typically move with a lag to fluctuations in the crude price, and coal purchases are usually agreed on a quarterly basis. But if the current trends continues with flat to modestly lower crude prices and high coal prices, then in the coming months it’s likely that some fuel switching will occur.

This is more likely to result in a softening in thermal coal prices, rather than movements in LNG prices and demand. — Reuters