Ng noted that the commodity is entering into peak season but production issues are hampering overall yield and support prices.

KUALA LUMPUR: The price of crude palm oil (CPO) will stay elevated for quite some time with the average price for the year to trade within RM3,400 to RM3,600 per tonne, said palm oil trader David Ng.

He said the prices would be supportive in the near term, with RM4,000 as a key psychological support level.

"The CPO price is expected to be in the new normal range whereby the price will stay high for quite some time.

"However, I do not see it (the price) to go beyond the RM5,000 per tonne level,” he said during the East Malaysian Palm Oil Futures (FEPO) contract pre-launch webinar today, hosted by Bursa Malaysia.

During the question and answer session, Ng noted that the commodity is entering into peak season but production issues are hampering overall yield and support prices.

On production, he said the golden crop’s output is estimated to touch 18.7 million tonnes (high) or 18.3 million (low) for 2021, which is about a six per cent reduction from last year.

The webinar was in conjunction with Bursa Malaysia Derivatives plan to launch the FEPO, a new palm oil futures contract, in the third quarter of this year.

Sabah and Sarawak contribute about 45 per cent of Malaysia's crude palm oil production, and the FEPO would allow traders in the nation's two largest palm producing states greater price discovery and a viable option for physical delivery, he said.

In this regard, the exchange seeks to launch FEPO as an entirely separate contract from FCPO. 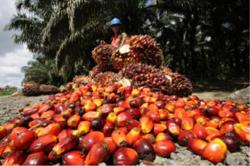