AS Malaysia ramps up its vaccination rate, determined to return to normalcy as quickly as possible, questions are being posed on the future of the office market.

In March 2020, the office market, which was already in a state of oversupply, got turned on its head as the work-from-home (WFH) culture swept the nation.

This phenomenon was seen not just in Malaysia but the entire globe, as the Covid-19 pandemic changed the way companies worked.

Post-pandemic, some say the WFH model is here to stay, while others argue that one could never produce the productivity and efficiency levels associated with working in an office.

Knight Frank in a recent survey revealed that over 30% of Asia-Pacific businesses are more likely to increase rather than decrease office space in the next three years.

The survey compiled findings of almost 400 international businesses with a combined headcount of over 10 million, providing a unique insight into the workplace strategies and real estate needs of global companies. 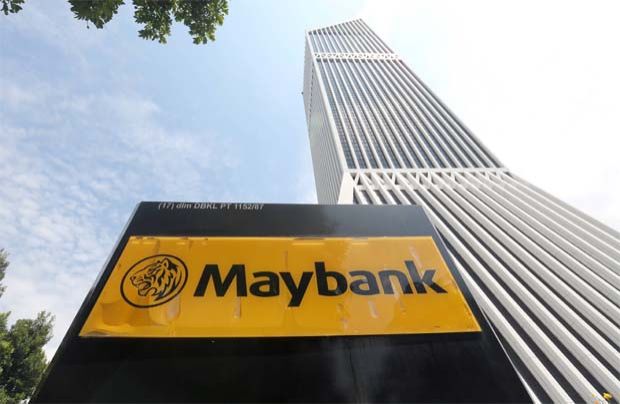 In an interview with StarBiz earlier this week, Malayan Banking Bhd says it is relooking its workplace strategy to adapt to the changing work environment and expectations in view of the eventual return of employees to the office.

Additionally, the survey findings showed that 18% fewer Asia-Pacific businesses are likely to decrease their global portfolios, compared with global firms.

However, for those expecting to increase or decrease their portfolios, the proportion of those seeking to make substantial changes of more than 20% is greater than that of global levels, says Knight Frank.

“The overall activity for new take-up in Malaysia’s office market will generally be slower in the next three years as companies are readjusting their plans for the short term,” says Knight Frank Malaysia corporate services executive director Teh Young Khean.

However, he emphasises that this will vary depending on industries.

“Businesses related to e-commerce, hygiene and healthcare, technology and business process outsourcing are active and we foresee more take up will be coming from these sectors.

“Despite the current market condition in Malaysia, we have also seen an increase in enquiries on workplace consultancy from organisations to assist in developing strategies on future workplace arrangements.”

Teh says the addition of certain quality features can help enhance the demand for office space and working environment.

“The most sought-after amenities for Malaysian workers to make a better workplace environment include the building’s safety and security features; facilities and amenities within the development; an amenity-rich office; and having wellness programmes that enhance staff wellbeing.”

Though some will find it more productive to work from home or outside the office, Teh says having physical, face-to-face interactions are still needed, especially in workplaces where teamwork and cooperation are essential.

“As office space requirements from occupiers continue to evolve, more landlords are incorporating flexible solutions or coworking space into their buildings.

“This is accomplished either by operating it in-house or by partnering with established coworking operators,” he says.

Some industries such as the banking sector are already making inroads towards making the WFH concept a viable option for their employees.

With most financial institutions embracing digital banking, the need for physical office space is no longer a priority.

In an interview with StarBiz earlier this week, Malayan Banking Bhd says it is relooking its workplace strategy to adapt to the changing work environment and expectations in view of the eventual return of employees to the office.

The country’s largest lender says its office structure will comprise a blended arrangement with employees working in the office, at split locations and working from home.

It is believed to be the first financial institution in the country to have indicated that it would adopt the hybrid work environment.

A hybrid workforce refers to a team of employees that have a flexible work structure where some may work remotely and others from the office.

Additionally, Standard Chartered Bank, DBS Bank and OCBC Bank are among some of the financial institutions that have revealed that they are looking to scale down their office space and close down some of their branches.

Standard Chartered was reported as saying that it would shut down half its branches and slash office space worldwide by a third in order to save costs as global lockdowns have greatly reduced the need for physical branches and offices.

Singapore-based OCBC Bank added that it would review its current need for office space and may reduce the number of its branches. Its peer, DBS Bank, has been reported to be vacating a number of floors it currently occupies at the Marina Bay Financial Centre.

Meanwhile, a recent survey by CBRE Group Inc revealed that 66% of Asia-based companies are expected to add space in the next three years, up from just 28% in October.

In contrast, just 35% of multinational companies expect their office portfolios to grow over the same period.

The survey comprised 109 firms across the region from industries such as real estate, technology and finance from May to June.

Separately, a recent Ipsos survey for the World Economic Forum (WEF) among 12,500 employed people in 29 countries revealed that a majority want flexible working to become the norm.

The WEF, on its website, revealed that a third (30%) would consider looking for another job if they were forced to go back to the office full time.

“The survey also challenges a number of dire predictions about the effects of remote working. Experts warned people would miss their co-workers, be less productive and become burned out, but the survey finds only minority support for these views.

“Just over half of those questioned were missing their colleagues, 64% said they were more productive with a flexible work schedule, and only a third complained of burn out.

“Only one in three said they felt disengaged from work when working remotely,” the WEF says.

However, a majority (66%) said employers should allow more flexible working in the future.

“Support for more flexibility was strongest among women, parents of school-age children, adults under 35 and those with higher levels of education and income.

“The percentage demanding more flexible working was roughly similar among people with children aged under 17 (68%) and those with no children (63%).

“But not everyone in the survey wanted to work from home all the time,” says the WEF.

The survey highlights the shift to remote working caused by Covid-19, the WEF adds.

“Before the pandemic, 53% said they mostly or always worked in an office. At the time of the survey, conducted between May 21 and June 4, 2021, that figure had dropped to 39%.

“The extent to which people are working mostly or wholly from home varies widely between nations from at least half of people surveyed in South America, Malaysia, Singapore and South Africa to 21% in Russia and just 15% in China.” 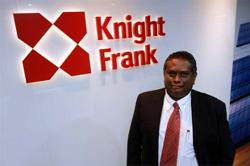 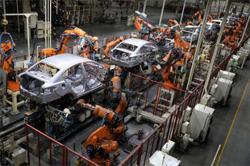