THE past 1½ years have been a tough one for businesses, especially smaller firms.

Of particular concern is the estimated RM40.7bil losses suffered by the micro, small and medium enterprises (SME) sector last year as a result of a strict nationwide lockdown imposed by the government to tackle Covid-19, according to the Entrepreneur Development and Cooperatives Ministry (Medac).

This is, by far, the biggest ever losses incurred by the sector, says its Minister.

Given how the movement control order (MCO) restrictions have disproportionately affected the smaller SMEs, RAM Rating Services Bhd co-head of economic research and senior economist Woon Khai Jhek (pic below) says it should not come as a surprise that the decline in SMEs’ GDP exceeded that of the national GDP. 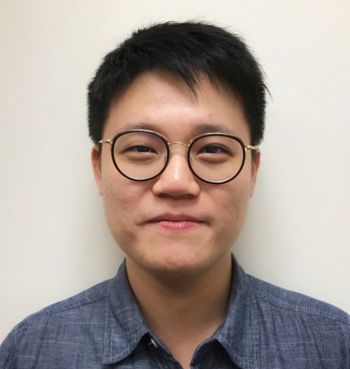 “Furthermore, a notably larger portion of SMEs’ GDP is contributed by the services sector which had borne the brunt of the MCO restrictions.

“Services sector constitutes 63.3% of SMEs’ GDP while it is smaller at 57.6% on a national level. This bigger exposure means that the impact from the MCO restrictions will have a larger weight on SMEs’ GDP,” he says.

Businesses are hopeful of a turnaround in 2021, with expectations for a recovery later in the year hinged on a successful vaccination programme.

But Woon notes that the ongoing restrictions will make it a long and tough recovery journey for SMEs.

Note that the second quarter (Q2) 2021 RAM Business Confidence Index had declined to a record low of 33.2 from 38.7 in the preceding quarter. The tumbling of business sentiment highlights the plight of SMEs in trying to survive yet another round of movement restrictions and business closures.

But despite the tough challenges, Woon says around 84% of the surveyed firms held out hope that both the economy and their businesses will recover within a year. 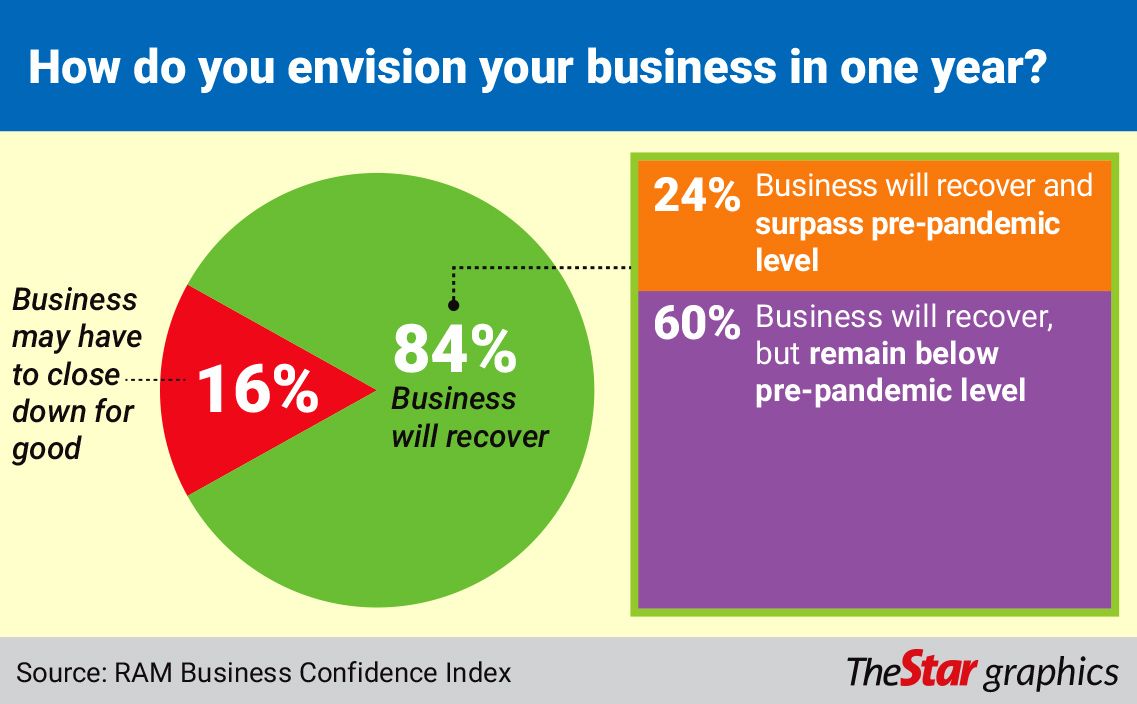 “That said, whether SMEs can survive till that point of economic normalcy remains to be seen. About 16% of surveyed firms responded that they do not believe they will be able to survive and may have to close down for good, with such sentiment particularly more pronounced among smaller firms,” he adds.

Notably, as the vaccination rate ramps up, many have held optimistic views of an economic rebound in Q4.

However, it remains to be seen if the anticipated lift in economic activities towards the end of the year will be enough to buoy businesses. Economists note that the recovery remains uneven and many companies in sectors such as retail, hospitality, tourism and educational enhancement classes may take a while to get back on their feet.

Woon believes the recovery will be mainly anchored by larger firms.

“As most SMEs are still struggling and will continue to have to deal with the repercussions of the pandemic after the lifting of restrictions, SMEs will find it harder to recover this year,” he says.

Additionally, it may be a little more challenging for small businesses to fully benefit from the strong rebound in exports in 2021. Last year, SMEs’ exports declined by 33.1%.

Exports have been a bright spot for the country this year amidst continued soft domestic demand, benefitting export-oriented firms. According to the Statistics Department, exports for June increased by 27.2% in line with global economic recoveries. 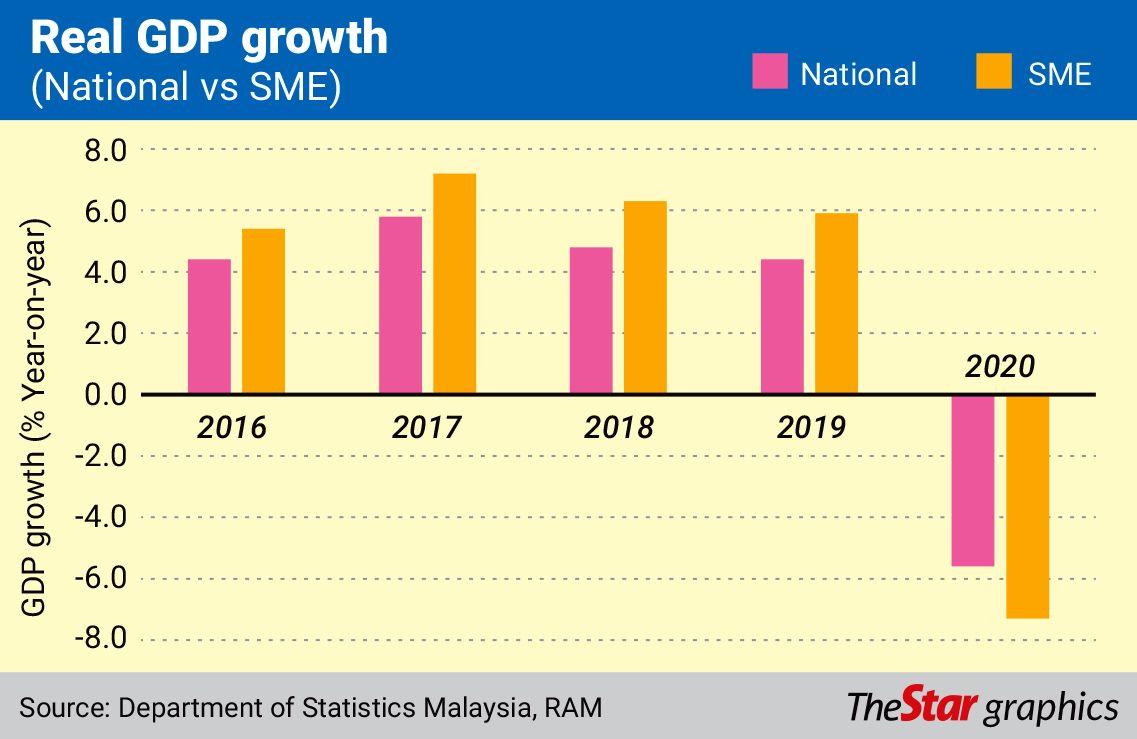 This contrasts with the 17.2% on a national level.

With exports of goods driving much of the rebound in the first half of this year, services trade continues to lag amid closed borders. As such, SMEs’ overall export performance may likely be relatively weaker compared to the overall national performance this year.

Woon also says further job cuts in the SME sector may be likely given the continued disruption and forced closure due to MCO 3.0 and the lockdown under phase 1 of the National Recovery Plan since June.

“With tighter restrictions further straining their ability to generate revenue, SMEs, which tend to have smaller cash reserves might resort to reducing their headcount to lower operating costs in order to survive.

“The disproportionate impact of the pandemic on SMEs’ ability to maintain their staff is apparent in Malaysia’s employment numbers last year. The total number of persons employed by SMEs fell by 65,000 persons in 2020, exceeding the fall in national employment of 30,000 persons.

He points out that more than half of the firms surveyed in the recent RAM Business Confidence Index have cited that they have resorted to some reduction in operating costs, either by reducing staff count or cutting other overhead costs in the past year. Moreover, about 40% of the survey respondents believe that cost cuts may be needed in the near future to remain viable.

This is particularly true of smaller firms that already have limited cashflow, with around 55% of SMEs and 65% of micro-enterprises citing that they instituted cost cuts over the past year.

Nonetheless, RAM expects some of the impact to be mitigated by the wage subsidy programme rolled out under the Pemulih stimulus package which relaxed its conditions for eligibility and is expected to reach out to more workers.

“While we applaud the various stimulus packages for SMEs, we urge policymakers to continue to extend immediate assistance to the more vulnerable micro and SMEs to ensure their survival,” says Woon.