“I believe Proton and Perodua would eventually need to transition to hybrid, plug-in hybrids or EVs. As global trends are moving towards this direction, the government would need to set the tone where policies would need to support EV, as otherwise they would (start) to lose market share,” Lee (pic) said yesterday at the Invest Asean

“I believe Proton and Perodua would eventually need to transition to hybrid, plug-in hybrids or EVs. As global trends are moving towards this direction, the government would need to set the tone where policies would need to support EV, as otherwise they would (start) to lose market share,” Lee said yesterday at the Invest Asean – The Rise of Asean EV organised by Maybank Investment Bank.

“In the other countries, EVs that are being produced would get cheaper – in the price range of the current Proton and Perodua models, which are in the mass market range in Malaysia.

“The automotive industry’s transition to EV would be inevitable, they would need to work towards that direction,” he added.

“There is huge opportunity for battery recycling in Asean.

“Before the battery is discarded for recycling, it can also be reused as a ‘second life’ battery; for example, in the solar energy industry where energy can be stored into these batteries. These batteries can still be used as a static energy storage,” he added.

Lee said there is such an industry in Europe and while it is not yet existent in this part of the world, there would be a lot of highly skilled job opportunities that can be created in this area.

’s group executive vice president for new ventures and technology Eirik Barclay (pic below) said that there were many countries that were investing resources into the battery materials recycling industry. 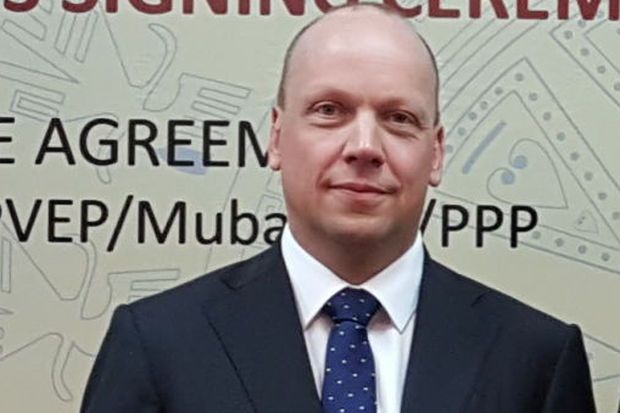 “This is increasing from both the private and government side. Singapore has some great initiatives in this area, especially in the metals that go into the battery.

“More regulations could make EV owners be responsible for recycling their batteries eventually too,” Barclay said.

Barclay also said that EV batteries would improve and get better eventually until the point where the internal combustion engine (ICE) would phase out of existence.

“All carmakers around the world are basically stopping the development of ICE as of today.

“They will still keep selling ICE but will stop any new technological development,” Barclay said.

“I believe every car maker is more focused on developing EVs while plug-in hybrids are actually great but it won’t work,” he added.

He said the quicker countries in this region recognise the shift, it would lead to less fuel subsidies especially with the advent of EVs.

Barclay also noted that the oil and gas (O&G) industry would still remain relevant even with the mass adoption of EVs around the world, as the O&G industry was crucial for many other sectors.