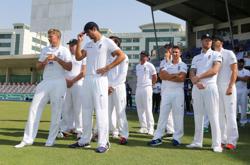 The Art'Otel Development by Park Plaza Hotels and Resorts in Hoxton, London, U.K., on Wednesday, July 28, 2021. Londoners appear far more interested in getting back to shops and restaurants in the West End than they are in returning to the office, and even England’s much-vaunted "Freedom Day" earlier this month had little impact on shifting workers.

LONDONERS appear far more interested in getting back to shops and restaurants in the West End than they are in returning to the office, and even England’s much-vaunted “Freedom Day” earlier this month had little impact on shifting workers.

Despite the lifting of coronavirus restrictions on July 19, minicab and courier company Addison Lee says that passenger bookings to and from the capital’s financial hubs recovered less than expected.

“A damp squib,” was the blunt description of Freedom Day from chief operating officer Patrick Gallagher.

“In Canary Wharf, the lack of a return to the office is stark,” he said. “We didn’t see any impact of the restrictions being lifted.”

City of London bookings were at 48% of February 2020 levels, and Canary Wharf was just 32%, both barely changed from the previous week. West End bookings have been far stronger, at 62% of the pre-pandemic number.Addison Lee bought black-taxi service ComCab at the start of the UK’s first lockdown last year. The aim was to position itself to benefit from demand as people returned to work but wanted to avoid public transport.

But employers have been struggling to tempt staff out of the home office. A survey this month showed that just 17% of London’s white-collar workers want a full-time return, and many said it’d take a pay rise to get them back five days a week.

The Addison Lee figures tally with other metrics on office commuting. Google mobility data for last week showed attendance was only marginally higher versus the previous week, and remained less than half of pre-pandemic levels.

According to Bloomberg’s Pret Index, London has also been affected by the “pingdemic” - the name coined to refer to scores of workers being notified by mobile app that they’ve come into contact with an infected person and must self-isolate.

The numbers all suggest a continued reluctance to give up working from home. But that could change.

The underwhelming bounce in Addison Lee bookings could be down to summer holidays and a jump in Covid-19 cases in the run-up to July 19, which has since reversed course.

Many of Addison Lee’s larger customers have told the company that September, as schools return, is when they plan to bring workers back to the office.

But Gallagher doesn’t see demand returning to pre-pandemic levels for some time given the greater acceptance of work-from-home.

For those who have returned to the office, the data also reveal new working patterns, though it’s not clear if this will be permanent.

In Canary Wharf, rather than stay late as they might in 2019, employees now prefer to get home and finish work there, based on peak booking numbers around work hours.

“Pre-Covid, 10pm was a peak for us in this area, with people working late at the office,” Gallagher said. “What seems clear now is that burning the midnight oil is happening at home.” — Bloomberg

Lizzy Burden and Eamon Akil Farhat are journalists with Bloomberg. The views expressed here are their own. 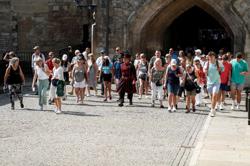