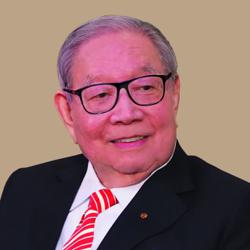 The downbeat outlook for the economy was due to the strict restrictions to curb the Covid-19, which was expected to impact the economy while the volatile political situation also weighed.

The Malaysian Institute of Economic Research (MIER) sees a rocky road ahead for businesses as manufacturers reported a decline in sales due to a fall in domestic and external demand.

The MIER also said its consumer sentiments report for the second quarter to June showed signs of consumer fatigue are becoming more apparent and it could worsen.

“While the key economic indicators for the first five months of 2021 show encouraging performance, the Leading Index (LI) which anticipates the economic direction in the near future posted slower growth of 6.9% in May 2021 as against 15.7% in April 2021.

“In addition, the growth rate of smoothed LI is moving downwards despite persistently being above the trend.”

On the external front, Reuters reported shares in Hong Kong and China resumed their slump on Friday after rebounding in the previous session, with key indexes booking their worst monthly performance in years, as persistent concerns over regulatory crackdowns outweighed Beijing's attempts to calm markets.

China's blue-chip CSI300 Index closed down 0.8% and posted its biggest monthly loss since October 2018, while the Shanghai Composite Index lost 0.42%, capping its worst month since May 2019.