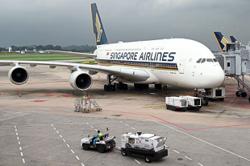 The airline forecast passenger capacity to reach 33% of pre-pandemic levels in the second quarter, and said it would serve at least 50% of locations it did before by the end of September.

The airline, like Hong Kong rival Cathay Pacific Airways Ltd , lacks a domestic market and is solely reliant on international travel at a time when most borders remain closed.

SIA carried 132,600 passengers in the month of June, an improvement on its June 2020 figures but a 96% fall from the same month two years earlier, before the pandemic hit.

It filled just 16.1% of seats in June, with its flights heavily reliant on cargo for revenue at a time when the freight market is strong.

The company posted a record S$1.1 billion loss in the first quarter a year earlier.

Revenue in the just-ended quarter came in at S$1.30 billion, up from S$851 million a year earlier.

Cargo flown revenue grew 32.4% and the company said demand fundamentals for the business remained strong, even though fresh pandemic-related restrictions in parts of the world could cause short-term uncertainty.

SIA, unlike rival national carriers in Southeast Asia, still has a healthy cash balance to help it get through a period of low travel. It recently raised S$6.2 billion of convertible bonds underwritten by its largest shareholder, state investor Temasek Holdings.

The airline also said 98% of active pilots and cabin crew have been vaccinated. 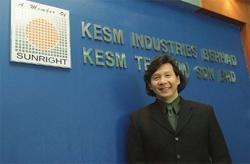