MAHB's senior general manager of commercial services Hani Ezra Hussin (pic) said the amount was in tandem with its passenger volume which also dropped to around three million passengers or 84.6%, compared to 19.2 million previously.

Its senior general manager of commercial services Hani Ezra Hussin said the amount was in tandem with its passenger volume which also dropped to around three million passengers or 84.6%, compared to 19.2 million previously.

“Travel restrictions both interstate and international have resulted in a significant reduction in passenger volume and temporary closure of stores, hence affecting sales from commercial activities,” she said in a media briefing entitled “In Conversation with Malaysia Airports – Commercial Reset: Reimagining Airports Beyond Transportation Hubs” today.

Hani noted that last year, MAHB had provisioned around RM400mil in incentives and rebates to help its retailers which include 50% rental rebate, two years contract extension as well as a new rental model.

“This year, as we know, times are tougher. We have extended the same amount or not less than what we have actually given last year which have benefited more than 278 retail tenants. However, the actual amounts are still being finalised.

Hani said that to date, around 70% out of its more than 300 tenants are still operating in airports throughout the country.

“Some of the tenants, fewer than 50, have exited since 2020 due to their contract having expired and they decided to exit now and probably come back later, hence we had to take over their spaces and do renovation and so forth,” she added.

Meanwhile, Hani said MAHB targets to complete its Commercial Reset strategy by 2023 instead of 2020 due to the enforcement of movement restriction at the moment. “The exercise aims to raise the retail profile of airports in Malaysia among travellers and shoppers, making the airport a destination in itself. As of July 2021, more than half of the outlets tendered have been awarded, with the total number of outlets tendered so far at 435 out of a total of 814 outlets,” said Hani. ― Bernama 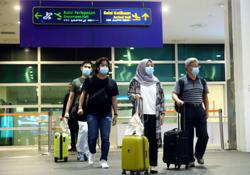 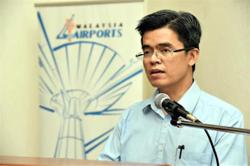