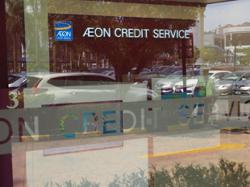 In a filing with Bursa Malaysia yesterday, LCT said revenue increased 61.2% to RM2.54bil from RM1.57bil. Earnings per share was at 16.81 sen compared with 3.9 sen a year ago.(File pic shows the Lotte Chemical plant in Johor)

“The notable improvement is mainly attributable to the substantially higher product margin spreads seen from a year ago. The strong quarterly performance is achieved amidst the volatile global business environment due to the ongoing Covid-19 pandemic and various movement restriction measures,” it said.

LCT president and chief executive officer Park Hyun Chul said following the surge in after tax profit, earnings before interest, tax, depreciation and amortisation (Ebitda) more than doubled to RM585mil from RM262mil a year ago.

“LCT also generated much stronger operating cash flows amounting to RM1bil for the first half of 2021 comparing to RM512mil generated in the corresponding period last year. The stellar performance improvement even amidst the challenging business environment is remarkable,” he said.

The strong profitability improvement was mainly attributable to the much higher product average selling prices (ASP) relative to the rising naphtha feedstock costs in 2021, in line with global Brent crude oil prices. Polymer product ASPs have experienced strong upward price momentum since bottoming at around US$800 (RM3,388) a tonne in Q2 last year during the height of the global pandemic.

Its two key products, the low-density polyethylene and polypropylene, which comprised of about 53% of the company’s total polymer capacity, are still recording relatively healthier margins, to-date.

LCT’s year-to-date operating performance improved to 87% from 76% a year ago, as the company undertook a major statutory plant turnaround for 10 of its twelve Malaysian plants in early 2020.

It will conduct statutory plant turnaround for the remaining two plants in Malaysia in Q3 of 2021.

In the first half, its net profit stood at RM822.29mil compared with a net loss of RM81.34mil in the previous corresponding period. Its revenue increased 61.5% to RM4.91bil from RM3.04bil.

“The huge turnaround in its business performance is primarily attributable to rising product ASPs which has boosted key earnings for the company.

“In addition, the company’s performance is further supported by the performance turnaround of its United States associate’s operations on the back of improved operating performance driven by higher ASP for MEG product,” it explained.

However, Park said LCT was cautiously optimistic on the petrochemical market outlook with some balancing market factors weighing on the sector.

“As the sector moves in tandem with economic growth, it would likely be supported by the overall global economic recovery expected in the second half of the year.

“However, there are some new capacities in the region expected to come online in the second half, which may have some downward pressure on the polymer ASPs.

“The positive outlook would be very much dependent on the progress of an effective vaccination drive as well as the pace of economic re-opening, globally and domestically. As such, we expect the petrochemical business to remain volatile moving ahead,” he said. 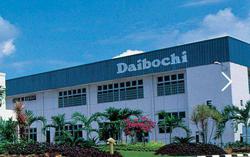