The most hard hit was the construction sector which shrank by 18.2% (2019: 1.2%) due to the decline in all sub-sectors of construction activities.

KUALA LUMPUR: Corporate profits earned by companies or the gross operating surplus (GOS) fell by 6.9% last year due to the lower capacity of production as the country was hit by the Covid-19 pandemic, the Statistics Department reported.

Releasing details of its gross domestic product (GDP) income approach issued on Tuesday, it said they comprised of income earned by all the factors of production in an economy. They included compensation of employees (CE), GOS and taxes less subsidies on production and imports components.

Hence, the CE, consisting of wages paid to employees, was also impacted by tge recession and fell 3% last year, the first time since the series began in 2005.

“The GOS consisting of corporate profits earned by firms, slumped 6.9% attributed to the lower capacity of production,” he said.

Mohd Uzir said the CE contracted by 3% in contrast with an expansion of 4.8% in 2019 as all economic sectors shrank except for agriculture sector.

The most hard hit was the construction sector which shrank by 18.2% (2019: 1.2%) due to the decline in all sub-sectors of construction activities.

This was followed by the services sector whereby the CE declined by 1.4% (2019: 5.9%) due to the decrease in wholesale & retail trade, food & beverage and accommodation sub-sector.

Mohd Uzir said CE in the manufacturing sector slipped by 0.8% (2019: 4.1%) due to the slowdown in the electrical, electronic & optical products.

He said the CE of the services sector was the largest contributor to the total of Malaysia’s CE, accounting for 63.5% last year, manufacturing 22.6%, construction 7.9% and agriculture 4.1%. 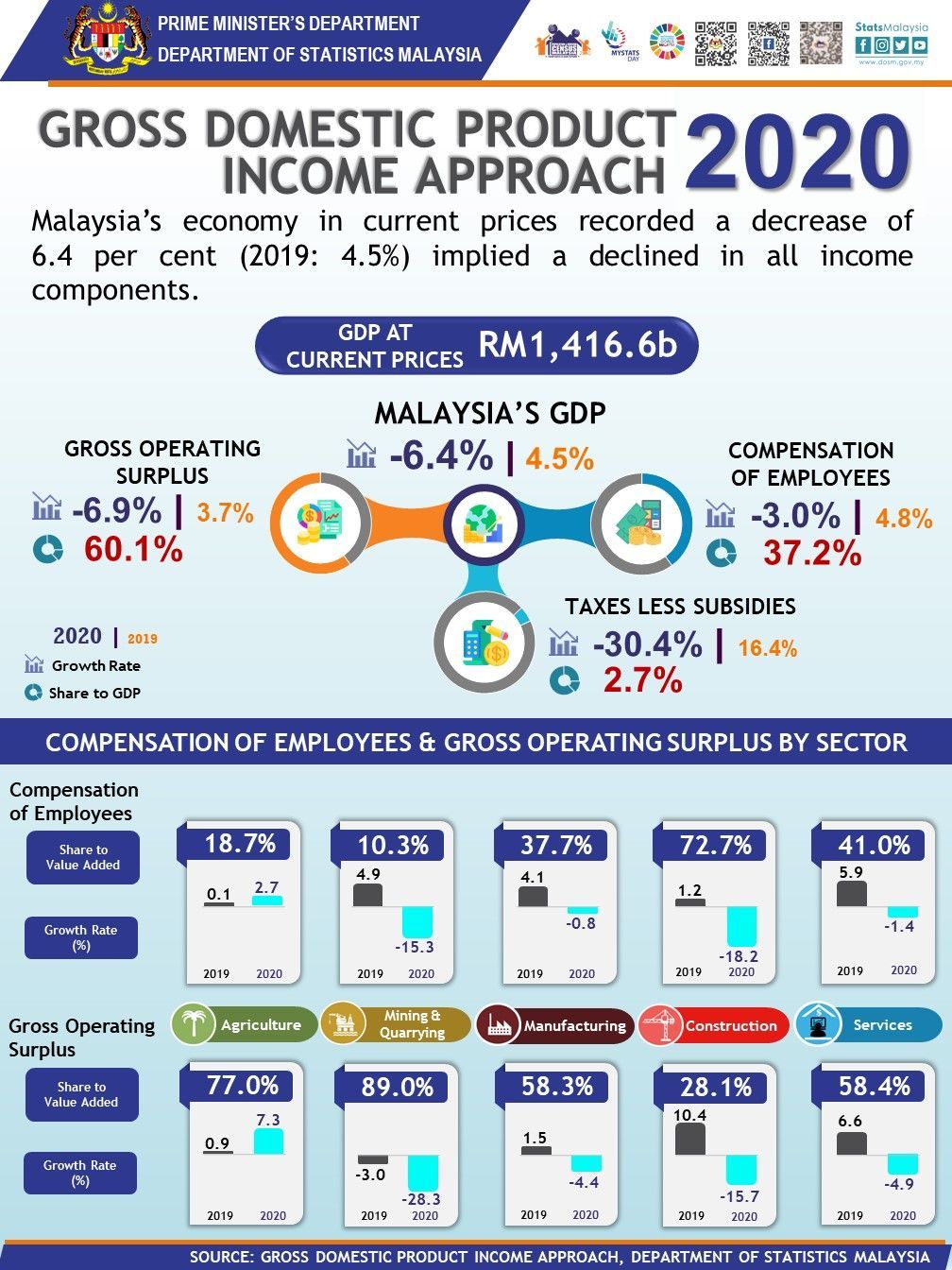