REVIEW: The sell-off on Wall Street on the first day of the trading week sent shivers down the spines of equities traders as the combined impact of resurgent Covid-19 cases and inflation fears were taking precedence over the economic recovery theme.

Over the recent months, the rapid spread of the Delta variant of the Covid-19 virus had been ravaging South-East Asian markets and causing a resurgence of infections in major global markets including the United States.

However, despite the sharp losses on US indices – the Dow Jones plunged 2.1% – a rebound over subsequent days was quick to erase most losses, affirming the investor optimism amid the US corporate earnings season.

On Bursa Malaysia, however, shifts in trading sentiment were conservative as Malaysia was caught in the grips of its own domestic Covid-19 battle. The lifting of the enhanced movement control order in the previous week seemed inadequate to significantly raise the hopes of investors in light of little improvement in the daily number of Covid-19 infections.

Starting the week out in the red, the FBM KLCI was held firmly in a consolidation channel due to an absence of fresh leads.

The market was shuttered on Tuesday due to a national holiday but reopened on Wednesday with yet another session of decline as it tracked the recent sentiment changes on Wall Street.

Nevertheless, there remains some bullish sentiment as the country’s vaccination programme continued to pick up pace, and investors looked forward to the next phase of the National Recovery Plan by the third, or perhaps fourth, quarter of the year.

With stocks meandering in oversold territory, the promise of an end to the full lockdown phase created some level of anticipation for bullish traders.

Taking the opportunity of a regional and US rally, the budding positivity triggered domestic buying on Thursday that lifted the FBM KLCI by over 11 points to 1,527.62. The index’s closing price was significant as it had breached the 1,520 level, which coincided with the 14-day simple moving average (SMA).

However, at this price level, the FBM KLCI remained trapped by the 21-day SMA, which also served as near-term resistance.

The moving average held tight yesterday, denying further progress. The consumer price index announced at midday failed to impress investors at 3.4% growth year-on-year, which was below the 3.5% median forecast of a Reuters survey.

Outlook: There is some anticipation of economic growth showing in the FBM KLCI as reflected in Thursday’s rally although the week ended on a flat note. The optimism thus remains slight and subdued at this point, short of any evidence of the pandemic subsiding and the economy reopening.

As it stands, the FBM KLCI remains in consolidation mode with an upside bias as investors are vigilant for the turning point in the current lockdown before pouring into oversold counters.

In the event the FBM KLCI should make its way past the 21-day SMA, it faces resistance at 1,540-1,550. However, a more significant hurdle can be seen at 1,560, which is currently meeting the descending 50-day SMA, a crossing of which would reflect strong bullish sentiment returning to the market.

The technical indicators remain at reasonable levels with the slow-stochastic at 51 points and the RSI at 47. There is support for the index at 1,500 and 1,475. 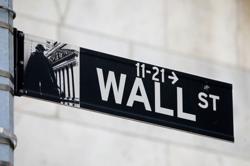