Recovery likely to pick up pace in Q4

PETALING JAYA: The domestic economy is expected to grow by 4% this year as it picks up pace in the fourth quarter amid downside risk.

Socio-Economic Research Centre (SERC) executive director Lee Heng Guie said: “Our gross domestic product (GDP) growth estimate of 4% for this year is under threat, depending on the future path of virus containment, the pace of vaccination rate as well as the time it takes to move to phase two, three and four of the National Recovery Plan (NRP) for the reopening of more economic and social sectors.”

The Pemerkasa Plus and National People’s Well-Being and Economic Recovery Package or Pemulih packages are providing a temporary relief to households and businesses.

The worsening Covid-19 pandemic and persistent movement restrictions had a lasting impact on businesses and dented the impaired balance sheets of the underserved as well as the low and middle-income households, he said during the Quarterly Economy Tracker (April-June 2021) briefing yesterday.

The lockdown in June has also punctuated the low-base effect-aided annual comparison in the second quarter of this year.

“July and August are important months to watch as the high vaccination rate will offer a glimpse of hope for a fast transition into phases three and four of the NRP. 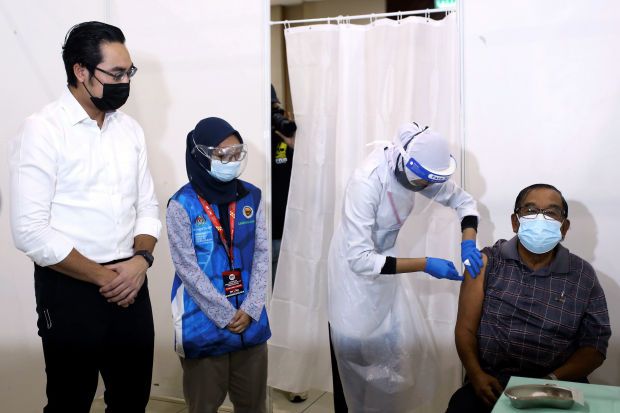 “We expect continued recovery in the fourth quarter as a restoration of consumer spending will be supported by the progress of vaccination, and the containment of virus spread,” he noted.

In a recent interview with Bloomberg TV, Finance Minister Tengku Datuk Seri Zafrul Abdul Aziz signalled that economic expansion may be around 4% this year due to movement restrictions amid the pandemic.

He said the government would revise the economic growth projection for this year, currently at 6% to 7.5%, by next month.

As for country’s export growth this year, the renewed lockdown in June and July with a 60% manpower capacity for the export-oriented industries, manufacturing sector and plantation would hamper the delivery of exports shipment, he said.

It may result in the cancellation of future orders as buyers are concerned whether the orders could be fulfilled without interruption.

Amid a divergent recovery between advanced and regional economies, he said exports are expected to grow by 15.8%, with stronger first half, estimated at 26.7% year-on-year (y-o-y) before slowing to about 6.6% y-o-y in the second of the year, as the low base effect dissipates.

He said the global demand of electronics would be sustained by the increasing usage of digitalisation, data solutions and applications, as well as 5G development.

“The government needs to quickly ratify the Regional Comprehensive Economic Partnership (RCEP) as it provides trade and investment facilitation to Malaysian companies, manufacturers and exporters to sell more in the international markets within the 15-member RCEP market and 11-member Comprehensive and Progressive Trans-Pacific Partnership bloc respectively,” he said.Headline inflation is expected to moderate to below 4.0% in the near-term as the low base effect dissipates.

On another note, he said the lowering of the interest rate may not be effective to spur consumption and investment demand in the wake of the pandemic and restricted movements-induced supply and demand disruptions.

The overnight policy rate (OPR), which is the key benchmark rate, has been hovering at 1.75%. Many economists had expected Bank Negara to maintain this rate throughout the year.

“We expect the central bank to closely monitor developments surrounding the pandemic, including the incoming data and information to ascertain that the economic recovery is not stalled and derailed in the quarters ahead.

“The central bank weighs on domestic inflation expectations, and also the implications on exchange rate and capital flows arising from the Federal Reserve’s tapering of bond purchases and the eventual increase in interest rate in 2022-2023,” Lee said. 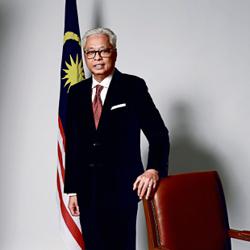