’s regional expansion, technology commercialisation and strategic venture into Covid-19 solutions offerings are expected to help the company mitigate the impact of the pandemic on its earnings.

In addition, the asset management and infrastructure solutions’ robust order book of RM12bil is expected to support a net profit compounded annual growth rate of 73% for the financial years ending Dec 31, 2021 (FY21) to FY23.

According to UOB Kay Hian Research (UOBKH), UEM Edgenta is one of the major laggards among the economic recovery plays in Malaysia, and its shares are still trading close to multi-year lows at -1 standard deviation (SD) of its five-year average price-earnings (PE) of 15 times.

The brokerage maintained “buy” on UEM Edgenta, with a target price of RM2.20, implying 12x FY22 PE, or -0.5 SD of its five-year average mean. The rating also implied a potential upside of 33% from its closing price of RM1.64 on Monday.

Meanwhile, the expected inclusion of UEM Edgenta in FTSE4Good Index by December this year would like enhance its outlook, UOBKH said.

The brokerage noted the appeal of the counter was further supported by attractive dividend yields of 5% to 7%.

“We believe UEM Edgenta’s potential re-inclusion in F4GBM Index later this year will further improve UEM Edgenta’s prospects as it will be able to boost liquidity and expand its reach to a wider base of investors,” UOBKH said.

“We expect Khazanah Nasional Bhd, the parent company, to gradually trim its shareholdings in UEM Edgenta to further improve the shares liquidity. We also believe companies with better environment, social and governance or ESG engagement and promising earnings growth tend to have better share performances and trade at premiums versus their peers, especially after their inclusion in the index,” it added. It noted Covid-19 had opened a new revenue stream for UEM Edgenta, which had developed Covid-19 solutions services to support the nation’s recovery.

They included workplace solutions to provide a safe and conducive environment for companies through technology and data-driven approaches; a system to help businesses evaluate the threat of Covid-19 and develop risk mitigation plans; screening tests, digital healthcare by offering virtual clinic solutions, and health, safety and environment services.

“While we believe this new venture may not be sustainable in the long run, as the pandemic may gradually ease in the coming years, we still expect it to support earnings and mitigate the impact of the pandemic in the near-term,” UOBKH said, adding it had not incorporated the new Covid-19 and digital healthcare ventures into its valuation of UEM Edgenta.

UEM Edgenta’s earnings would continue to recover in the later part of the second half of this year once lockdown measures are eased and the pandemic comes under control, according to UOBKH.

“Despite the recovery happening at a slower pace this year, we believe UEM Edgenta is still on track to embrace more meaningful growth in FY22. The lifting of the inter-state travel ban and rejuvenation of construction activities will significantly boost UEM Edgenta’s earnings. It is also expected to benefit from the healthcare industry growth due to the pandemic,” UOBKH said.

The brokerage added UEM Edgenta would likely continue to undertake acquisitions/partnerships to expand its footprint globally, similar to its move in 2016 when the company entered the Singapore and Taiwan markets through the acquisition of UEMS Solutions Pte Ltd, utilising its healthy balance sheet. “We believe this will further boost its earnings growth, translating to a potential increment in our target price,” UOBKH said.

UEM Edgenta posted a net profit of RM8.1mil in the first quarter ended March 31, 2021, compared with RM12.14mil in the previous year’s corresponding quarter on recorded lower contract numbers in its infrastructure solutions segment.

During the quarter in review, revenue fell 3.7% to RM483.6mil from RM501.9mil previously. It said revenue for its infrastructure solutions fell RM64.9mil due mainly to less maintenance work performed for expressways during the movement control order imposed by the government, and fewer consultancy works performed by its asset consultancy division. 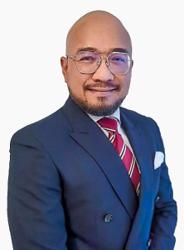