Handal back on profitability track ’s aim to turn around in recent years have been interrupted as the group had to deal with compensations paid for retrenchments several years back, its kitchen-sinking exercise and the Covid-19 pandemic.

While the challenges from the pandemic still remain, Handal has instituted several measures to strengthen the company’s performance, both operationally and financially.

The measures have been working well, according to Handal group managing director Sunildeep Singh Dhaliwal, putting the group back on track to turn profitable “soon”.

In the first nine months of financial year 2021 ended March 31, the company has achieved a profit after tax of RM1.83mil compared to a loss of RM6.67mil a year earlier.

A total of 11 drivers were identified to reduce costs as the group embarked on an internal restructuring.

“We have achieved 30% to 70% reductions for each cost driver since the first quarter of 2021. This includes areas such as salary, procurement strategy and third-party costs.

“Moving forward, we are going to relook at the our unit costs for the services provided,” Sunildeep tells StarBizWeek.

Handal has also set its eyes on hitting a market capitalisation of RM500mil by 2027, from just RM48mil currently.

This compares to its earlier plan where the upstream oil and gas services company aimed at reaching the half-a-billion ringgit size by 2022.

Sunildeep says this will be achieved as Handal works on strengthening its current businesses – integrated crane services and pipeline maintenance.

It will be further boosted by the two new growth engines identified by the group – gas turbine maintenance and wells services businesses.

“For our integrated crane services segment, we want to improve the margins to perhaps 20% through several ways, one of which being the adoption of new technologies.

“We also want to expand our presence into Thailand and Vietnam, considering the big potential in these markets. We are talking to local agents but the expansion would take at least a year.

“We also see potential for Handal in Saudi Arabia and Abu Dhabi, United Arab Emirates. Saudi Aramco has expressed interest in working with us and we are also bidding for a single contract with Abu Dhabi National Oil Co,” he adds.

As for the pipeline maintenance segment, Sunildeep says Handal seeks to expand its services to more than its current clientele base.

At the moment, most of the group’s pipeline maintenance contracts come from Petronas Carigali across Malaysia.

“We also want to increase the range of our service offerings. The latest one that we have included is the subsea inspection of pipelines, leveraging on a new and advanced technology,” says Sunildeep.

Handal’s involvement in the pipeline maintenance business began after Sunildeep emerged as a substantial shareholder in July 2018.

Following this, Handal acquired a 51% stake in Sunildeep’s private vehicle, Borneo Seaoffshore Engineering Sdn Bhd (BSOE), via a share sale deal that was completed in August 2019. BSOE is involved in the maintenance services for platforms including topside maintenance and pipeline maintenance.

Looking ahead, Handal’s outlook could be further improved with its involvement in the gas turbine maintenance business, which Sunildeep says could contribute RM30mil per annum or about 30% of the group’s total revenue in the future.

“In 2017, via my private group, I have proposed to Petroliam Nasional Bhd (Petronas) as the industry regulator to consider allowing third-party non-original equipment maker (OEM) of gas turbine maintenance in Malaysia.”

He says that in the past, only some companies such as General Electric and Rolls Royce have been doing the maintenance services, but he has proposed for this to be opened up to other third parties as its can allow some cost-savings for the clients.

“So far, Petronas has awarded master service contracts to several companies and my private company is one of them.

“I would like to bring this into Handal whereby we will set up an integrated one-stop maintenance provider,” says Sunildeep.

Another growth engine for Handal is the wells maintenance business, which involves the rejuvenation of subsea oil wells.

“Under my private company, Borneo Seaoffshore Sdn Bhd, we have a five-year umbrella contract from Petronas called subsea well intervention services. When it comes to actual work, we will have to participate in a mini-bid between three companies.

“This contract is large – it can be at least RM200mil for a single financial year. Handal can benefit from this.

“We believe that the mini-bidding for the works would be done by late this year and the execution would begin early 2022,” he says.

With regard to Handal’s plan to embark on capacity expansion, Sunildeep says it is looking to acquire smaller companies, “possibly in the wells services segment”.

“These acquisitions will be funded mostly by share swaps. For some smaller deals, we could look at using cash,” he says.

Amid the market challenges, Sunildeep points out that Handal remains supported by its healthy order book of RM752.2mil, which would provide earnings visibility for the next five years.

In addition, it also has a tender book value of RM758mil, signalling the potential for Handal to secure more projects in the near to medium term.

“For us to reach the target of RM500mil market capitalisation by 2027, we need to continuously grow our revenue over the next few years. We believe that this is possible, given the list of projects we have and the tender we are eyeing,” he says. 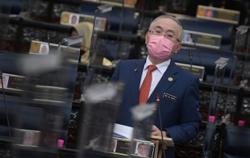 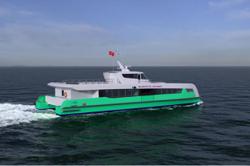