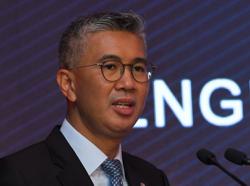 Tengku Zafrul said the government had spent more than RM15bil under PSU to save over 2.8 million jobs.

KUALA LUMPUR: The government will extend the Wage Subsidy Programme (PSU) to PSU 4.0 which will be implemented over four months from Aug 1, 2021, aimed at helping employers to continue their business and retain their employees, said Finance Minister Tengku Datuk Seri Zafrul Abdul Aziz.

He said for PSU 4.0, a total allocation of RM3.8 billion would be channelled to qualified employers and limited to 500 workers for each company.

"The programme has targeted 242,000 employers with about 2.5 million employees nationwide," he said when presenting the 60th Implementation and Coordination Unit Between National Agencies (LAKSANA) report today.

He said PSU 4.0 would maintain the rate of RM600 per employee, and is open to all economic sectors for the first two months, while the subsequent two months would be specifically for sectors in the negative list.

"The improvement made (to PSU 4.0) is that there is no longer a salary limit requirement compared with a salary cap of RM4,000 and below under the previous PSU assistance.

Meanwhile, Tengku Zafrul said the government had spent more than RM15 billion under PSU to save over 2.8 million jobs.

He also shared an example of the government's continual assistance through a simulation of a mid-sized SME (small and medium enterprise) which has received various benefits from April 2020 till December 2021, which would have made a positive impact on the company.

"This mid-sized SME receives moratorium facility for six months. Hence, the additional cash flow it enjoys is estimated at more than RM4.6 million for six months.

The assumption is made for a company which employs 200 workers, has a bank loan of RM50 million and gets wage subsidy for 13 months, which covers assistance from last year until end-2021.

On the whole, Tengku Zafrul said, taking into account all incentives that have been provided, the cash flow of this SME would show a positive impact amounting to RM6.3 million, or more than RM300,000 a month for the 21-month period.

"This also proved that the government's assistance is continuous for the business sector. Besides these aids, there are other incentives, electricity discounts and tax deduction that local companies can benefit from," he added. - Bernama 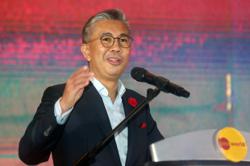 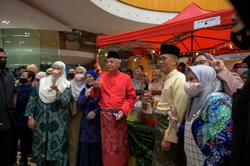