KUALA LUMPUR: The headline IHS Markit Malaysia Manufacturing Purchasing Managers’ Index (PMI) fell to 39.9 in June, from 51.3 in May, pointing to a sharp decline in business conditions in the manufacturing sector, according to IHS Markit.

In a statement Thursday, IHS Markit said the Malaysian manufacturing sector lost considerable momentum at the end of the second quarter of 2021, as Covid-19 infections led to the reintroduction of stricter containment measures.

“As a result, both output and incoming orders moderated to the greatest extent since the worst of the initial outbreak of the pandemic in April 2020.

“Businesses widely cited that the latest virus-fighting restrictions had significantly disrupted demand. Moreover, manufacturers signalled a pessimistic outlook regarding the year-ahead outlook for output for only the fourth time in the survey's history, amid concerns about the duration of the pandemic,” IHS Markit said.

“From a positive perspective, the survey showed signs of inflationary pressures cooling quite markedly, and firms largely held on to staff in order to maintain production capacity,” he added.

However, Williamson said the concern is that future output expectations have slumped, falling to the lowest since the survey began almost ten years ago, as companies grew more concerned about the potential impact of further virus waves.

“If such low confidence persists, companies may grow increasingly reluctant to hold on to staff, and will instead move further towards focusing on cost reduction,” he said.

IHS Markit said that looking at the historical relationship between official statistics and the PMI, the latest reading is representative of a renewed downturn in Malaysia’s industrial production and gross domestic product (GDP), following a gradual recovery from earlier waves of infections.

This highlights that the pandemic remains the greatest downside risk to the Malaysian economy.

“Both production and new order volumes weakened in June. The rates of deterioration were the most marked since the peak rates of decline seen last April. Firms commonly attributed the weakness to stricter virus-fighting measures which dampened demand in both domestic and external markets.

“Foreign demand for Malaysian manufactured goods was subdued, though the pace of reduction in export sales was softer than that seen in total new orders,” IHS Markit said.

At the same time, the rate of job shedding was broadly unchanged from May in the latest survey period.

Employment levels fell only slightly as firms took the opportunity to reduce volumes of outstanding business where spare capacity was available. The resulting rate of backlog depletion was the quickest since February.

IHS Markit said Lower production requirements due to Covid-19 restrictions meant that businesses reported a sharp moderation in purchasing activity, with buying falling to an extent not seen since April 2020.

“Despite the reduction in demand, input prices rose for the thirteenth month running in June. The pace of input cost inflation softened from May, yet remained sharp overall,” it added.

According to IHS Markit, Malaysian manufacturers expressed pessimism regarding the year-ahead outlook for the first time since March 2020.

“Moreover, the degree of sentiment was the lowest on record as firms were concerned about the duration of the pandemic and scope for further virus waves to disrupt demand and supply.

“That said, firms expressed hope that demand would recover once the pandemic was brought under control,” it added.

The indices vary between 0 and 100, and a reading of above 50 indicates an overall increase, and below 50 an overall decrease. 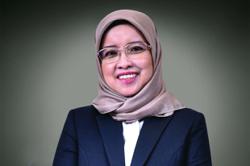