rose to its highest in over 21 years after signing a slew of heads of agreements to acquire several renewable energy (RE) plants and healthcare assets.

Ipmuda has signed a slew of heads of agreement to acquire several renewable energy (RE) plants and healthcare assets totalling RM192.4mil.

Ipmuda also signed heads of agreement to acquire the entire stake in Jentayu Solar Sdn Bhd for RM11.1mil to be satisfied by issuing new shares. 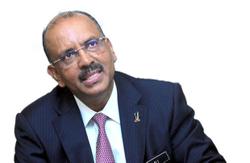