The peso slid as much as 0.4% to a more than two-week low and was on track for its worst day since April 7. Stocks in Manila, which have rallied more than 4% so far this month, gave up 0.2%.

MANILA: The Philippine peso fell the most in more than two months yesterday after coronavirus curbs were prolonged in the capital Manila and nearby provinces until end-June and quarantine measures were tightened to battle rising infections.

The peso slid as much as 0.4% to a more than two-week low and was on track for its worst day since April 7. Stocks in Manila, which have rallied more than 4% so far this month, gave up 0.2%.

The Philippines has the second highest number of infections and casualties in South-East Asia after Indonesia and finds its healthcare sector stretched as it battles rising cases.

President Rodrigo Duterte announced the extension of curbs on Monday. “Despite seeing the vaccination in full swing, cases have plateaued at a relatively high daily count of 6, 000, complicating the full reopening of the economy, ” said Nicholas Mapa, a senior economist at Dutch bank ING.

“Mobility curbs, partial and full, imposed for the entirety of Q2 point to a lower than predicted GDP report, ” he said, adding that some traders were also defensive ahead of the US Federal Reserve’s meeting.

The much anticipated meeting of the US central bank could shed more light on its next policy steps, including when it will begin tapering its bond buying programme and tighten ultra-easy monetary settings.

The US dollar held steady yesterday and US Treasury yields recovered from three-month lows, leading most emerging Asian currencies to trade roughly flat to slightly lower.

The Indonesian rupiah lost 0.3% as it continued to hand back some recent gains and as investors awaited a Bank Indonesia meeting tomorrow that is expected to leave policy interest rates at a record low.

The Monetary Authority of Singapore on Monday released a survey of economists and analysts which forecast the country’s 2021 gross domestic product to expand more-than-expected.

Separately, data showed foreigners were net buyers of Asian bonds in May, helped by a drop in US bond yields and a recovery in the region’s economic activity, though the risk of spiking infections kept buying at a four-month low. — Reuters 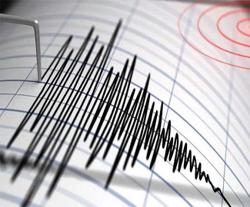 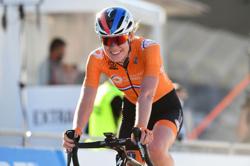