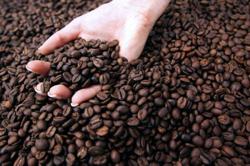 KUALA LUMPUR: Euro Holdings, whose share price hit limit-down over the past two days, said it was unaware about the factors which could have triggered the plunge.

Its share price plunged nearly 30% in early Wednesday trade, down 51 sen to RM1.21 and reduced its market capitalisation to RM970.30mil.

The office furniture maker said it had enquired with its directors and major shareholders and it was not aware of any corporate development relating to the group’s business and affairs that has not been previously announced that may account for the trading activity;

It also said its major shareholder, namely SPA Furniture (M) Sdn Bhd it has not entered into any negotiations, discussions or transactions that has not been previously announced, in regards to their shareholding position in Euro.

At RM1.21, this was the lowest since Nov 18 last year. It surged to a high of RM5.71 in mid-January. However, since end-March, the share price has been losing ground.

On March 24, it had proposed to undertake a bonus issue of 3.20 billion new shares on a four-for-one basis.

Based on the five-day volume weighted average price of Euro Holdings shares up to March 16 of RM4.7019, the theoretical adjusted reference price of the bonus shares was 94 sen.