rose over 2.5% in early trade on the back of a proposed three-for-five bonus issue.

The steel products manufacturer rose 2.56%, or three sen to RM1.20, its highest in three weeks with 5.07 million shares done. It has risen some 37% so far this year.

Prestar has proposed to undertake a bonus issue of up to 135.48 million shares on the basis of three bonus shares for five existing shares on an entitlement date to be determined later.

It said the share price adjusted for the proposed bonus issue shall not be less than 50 sen based on the daily volume weighted average (VWAMP) of Prestar shares during the three-month period before the application date.

The theoretical ex-bonus price for its shares is expected to be between 59.63 sen and 86.92 sen.

Prestar said the proposed bonus Issue is the most appropriate avenue of rewarding the existing shareholders as it will enlarge the number of shares held by them while maintaining their percentage of equity shareholding in the company.

It added that the bonus issue also provides marketability and trading liquidity of the shares on the Main Market of Bursa Securities and encourages greater participation by investors as well as potentially broadening the shareholder base of the company.

Barring any unforeseen circumstances, the proposed bonus issue is expected to be completed by the third quarter of 2021. 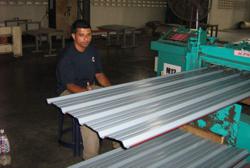