The only excitement on Bursa was IJM Plantations, which surged 58 sen to RM3.04 after its parent accepted the takeover offer from KL Kepong.

KUALA LUMPUR: Blue chips eked out slight gains at the midday break on Thursday, thanks to Tenaga Nasional and Genting Bhd

but the FBM KLCI trailed behind the key Asian markets.

The only excitement on Bursa was IJM Plantations, which surged 58 sen to RM3.04 after its parent IJM Corp accepted the takeover offer from KL Kepong. IJM Corp added five sen to RM1.95 but KL Kepong shed 10 sen to RM21.66.

KL Kepong has offered to acquire IJM Corp's 56.2% stake in IJM Plantations for RM1.534bil cash. This offer, which valued IJMP at RM3.10 a share, is valid until tomorrow and would in turn value the entire IJMP company at RM2.73bil, based on its total share base.

The rally in the crude oil prices hit a speed bump on expectations of more global supply. US light crude oil fell 52 cents to US$69.44 and Brent lost 53 cents to US$71.69.

inched up 0.5 sen to 63 sen in active trade. UOB Kay Hian Malaysia Research is retaining its hold call for Serba Dinamik with a new target price of 70 sen and entry at 55 sen as most of the downside has been priced in unless there are more unforeseen events. 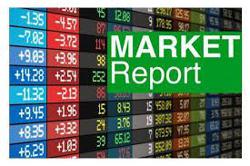 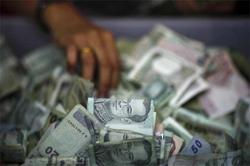