Funds with US$8.8 trillion urge Asian utilities to cut emissions 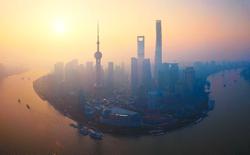 The 13 institutional investors that manage US$8.8 trillion (RM36.9 trillion) among them will engage with the utilities that collectively emitted about the same amount of carbon dioxide as Spain in 2019, the group said in a statement.

The companies that will be the focus of the programme in its first year are China Resources Power Holdings Co, CLP Holdings Ltd, Japan’s Chubu Electric Power Co and Electric Power Development Co, as well as Malaysia’s Tenaga Nasional Bhd

“The transition of Asian utilities to net zero emissions will be critical for the world to meet its Paris Agreement goals,” AIGCC executive director Rebecca Mikula-Wright said in the statement.

“Asian utilities are responsible for 23% of the world’s total carbon emissions.”

Asia’s coal-fired power plants have been operating for an average of 13 years and have a typical lifespan of about 40 years, Mikula-Wright said.

Institutional investors are becoming less supportive of companies involved in extracting or consuming coal and banks are also increasingly playing a critical role in accelerating the transition to cleaner fuels via green bonds and loans.

The value of that type of lending has surpassed the amount of fossil financing this year for the first time.

The five utilities were chosen because they produce substantial greenhouse gas emissions, have large coal-fired power capacity or have a strategic role in driving the net zero emissions transition, the AIGCC said.

Companies that are already the focus of the group’s Climate Action 100+ programme were excluded.

The move was reported earlier by The Financial Times.

The programme will involve discussions about how the utilities can strengthen climate-risk accountability and take actions to cut emissions, as well as keeping their coal phase-outs consistent with the Paris Agreement, the AIGCC said.

The asset management arms of BNP Paribas SA, Amundi SA and Sumitomo Mitsui Financial Group In. are also part of the effort. — Bloomberg