Good response: Containers are loaded onto cargo ships at Port Botany in Sydney as the Australian Bureau of Statistics reported the country’s economy in the year’s first quarter has rebounded to pre-pandemic levels. — AFP

Australia’s A$2 trillion (US$1.55 trillion or RM6.15 trillion) economy has rebounded sharply to above pre-pandemic levels thanks to the country’s successful handling of the coronavirus pandemic together with massive fiscal and monetary stimulus.

S&P said it was more confident now that the government’s fiscal deficit will narrow toward 3% of gross domestic product during the next two to three years after reaching a 10% deficit in the year-ending June 2021.

“The government’s policy response and strong economic rebound have reduced downside risks to our economic and fiscal outlook for Australia,” S&P said in a statement.

“As a result, we are revising the outlook to stable and affirming our ‘AAA/A-1+’ long- and short-term local and foreign currency ratings.”

Australia is one of just nine countries in the world to boast a ‘AAA’ credit rating from all three major ratings agencies.

S&P added its concern over Australia’s high level of external and household debt has been moderated by the country’s strong track record of managing major economic shocks.

Australia announced strict physical distancing rules in late-March 2020 to curb the coronavirus pandemic, forcing businesses from retailers to cafes and restaurants to down shutters while leading hundreds of thousands to queue up for welfare payments.

But the small and open export-driven economy has since rebounded by keeping virus numbers in check, allowing businesses to reopen with confidence.

Australia is among a handful of countries globally that can boast an economy that’s larger now than before the pandemic, according to Deloitte Access Economics.

On average, Australia’s rich world peers are 2.7% smaller than they were before the pandemic, Deloitte’s research found, with the United Kingdom shrinking almost 9%, the European Union contracting by 5% and the United States 1% smaller. — Reuters 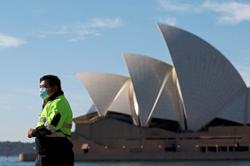 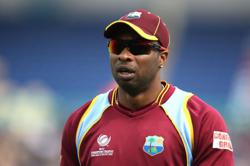