Renting in a pandemic 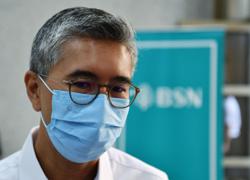 Savills Malaysia Sdn Bhd group managing director Datuk Paul Khong says the demand for residential properties, especially from a rental perspective, increases during times of uncertainty such as when a country goes into total lockdown.

FOR Azman, March 16,2020 will always be an unforgettable date for the 32-year old IT supervisor.

Yes, it was the day when Prime Minister Tan Sri Muhyiddin Yassin announced that the entire country would go into a nationwide lockdown two days later.

But it was also the day that Azman finally received the keys to an apartment from an expatriate couple who were leaving the country for good.

It was the first property Azman would own legally and he wanted to start earning rental income as soon as possible.

Fortunately, when the number of daily infections started to subside significantly in June 2020 and the government announced the recovery MCO period, things started to pick up again.

Azman found a tenant, but that did not last.

When Covid-19 cases started escalating again towards the end of last year, Azman’s tenant lost his job and had no choice but to vacate the premises.

The uncertainty in the property market caused by the high number of daily Covid-19 infections has created a lot of problems for potential landlords like Azman.

It also does not help that at least six of Azman’s neighbours have also let out their units with the intention of earning rental income.

“Given the current situation, it’s a bit of a challenge when it comes to securing a tenant, ” Azman says.

“Everyone’s either slashing rents or throwing in some kind of incentives, so the competition is fierce, ” he adds.

Savills Malaysia Sdn Bhd group managing director Datuk Paul Khong says the demand for residential properties, especially from a rental perspective, increases during times of uncertainty such as when a country goes into total lockdown.

“However, it is not easy to increase rentals in a pandemic but it makes sense to improve the rentability of the unit, ” he tells StarBizWeek.

“Look at furnishing up the unit tastefully with nice furniture and fittings, plus a new air conditioner or even WiFi. It would be quite attractive and ideal but this option is only good if the tenant is willing to pay.

For basic units, a fresh coat of paint and a clean unit at an affordable price is usually sufficient to attract tenants, adds Khong.

“Get more renters into a single unit and the aggregate rents can then be relatively higher.”

Additionally, Khong says one could try to speed up the take-up rate by offering discounted rentals upfront, followed by normalised rates after three-to-six months.

“Flexible or no deposit payments can also be an attraction but must be compensated with slightly higher rentals.”

Khong adds that a unit that has been empty for three-to-six months equals to between 25% and 50% discount on total rents receivable over a one-year period.

“In other words, rent slightly lower but keep the unit tenanted all year round, as the impact will be the same, ” he says.

Meanwhile, Greenhill & Mason Sdn Bhd business development head Ruben Kelvin says being able to save costs as much as possible, especially during the pandemic, is an added bonus.

“If you’re replacing or reinstalling new air conditioners, inverters would consume less electricity. Having LED light fittings or bulbs also will help keep the bills down, so go with energy saving fittings.

“This will be an added advantage to the tenant that’s looking for the best bang for his or her buck.”

Ruben also advises landlords to service and repair their electrical appliances and fittings regularly, while also keeping a log on the services or repairs made.

“It would be best for an owner to service everything before handover to the tenant, so that there will be less disputes.”

He adds that this also helps set a precedent that it is also the tenant’s responsibility to keep things in good working condition.

“This will not only help attract responsible tenants, but also reduce the repair costs in the long run.”

With the pandemic forcing more people to work from home, Ruben says it is imperative to ensure that there are ethernet points in most rooms if the property is large.

“Remember to properly position your fiber optic cables for the placement of the modem and router, preferably in the centre of the property so that the signal range covers most of the unit.”

If renovations are necessary, Ruben advises that they be done wisely.

“Prioritise your kitchen and bathroom as they are the ‘workhorses’ of your property. For bathrooms, it would be good to have a shower pump with good water pleasure. A noiseless pump would cost more, but they would be an added bonus.

“For the kitchen, try to have at least a fridge, stove, and ample storage space.”

For the kitchen cabinets, Ruben believes that it would be best to spend more on longer lasting materials, such as high density plywood and quartz tops to reduce repairs.

“Have ample plug points near countertops for appliances such as blenders, toasters and microwaves.”

Ruben also agrees that a fresh coat of paint will always uplift the look of a property.

“Plan the colour of certain walls, so that they accentuate the different focal points of the interior.

“Using neutral or pastel colours for your walls also allows easy matching for furniture and fittings.”

Given the uncertainty caused by the current pandemic, it makes sense to hold on to your hard-earned money for a rainy day, or at least until things pick up.

But what about the landlord that’s looking to rent out his unit and start earning rental income?

If there are upgrades and renovations to be done, can they wait?

Khong says all repairs or improvements should be done immediately.

“With the full lockdown enforced, renters will need to spend a significant amount of time at home. If their place is tacky and uncomfortable, they will really appreciate a better place to stay, especially now.

“Many renters wouldn’t mind paying a little more to have a better and bigger place with some common facilities and extra space to move around. Others, however, may still want cheaper rents as they struggle through the pandemic, especially if they are unemployed.”

Ruben says a landlord should weigh his options before making a decision.

“If you have the means to improve your property during the pandemic, it would be advisable as when the market improves, you would want your property to be available in good, working condition to be rented out.

“Should you have less of a budget, prioritise functionality over aesthetics, ” he says. 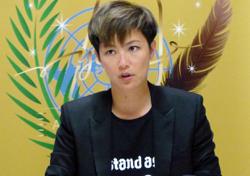 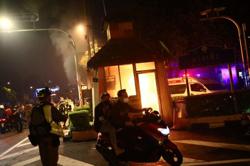