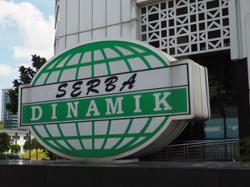 Serba Dinamik Holdings Bhd has appointed an independent firm to assess the veracity and accuracy of matters raised by its external auditor.

has appointed an independent firm to assess the veracity and accuracy of matters raised by its external auditor and to report the results of the assessment to an established independent committee.

In a statement today, the group said the committee will have no representation from the management to ensure its independence.

On May 28, Serba Dinamik’s second largest shareholder, Datuk Abdul Kadier Sahib had proposed the removal of KPMG PLT as its external auditor.

In its audit, KPMG PLT had flagged certain sales transactions, receivables and payables to the tune of over RM3 billion.

On June 2, Abdul Kadier withdrew a notice calling for an extraordinary general meeting (EGM) to replace KPMG as the company's external auditor and the proposed nomination of BDO PLT as the new auditors.

The withdrawal was made after due consideration, based on concerns raised by the shareholders and stakeholders that have been supporting the company.

Serba Dinamik said the board of directors accepted the Withdrawal Notice and in view of the development, declared the matter closed.

level and we remain independent in executing our responsibilities.

"We humbly seek the understanding and support from shareholders and stakeholders for the company to get through this situation, and we believe that the board of directors, the management and the company will consistently provide value as proven since our Initial Public Offering (IPO) in 2017, ” it said.

On another development, the group’s chief executive officer and largest shareholder, Datuk Dr Mohd Abdul Karim Abdullah has bought 5.0 million shares on the open market on Monday, raising his stake to just above one billion shares, or 27.07 per cent. - Bernama 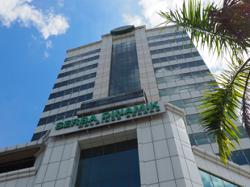