“Overall gross and net impaired loans ratios were sustained at 1.6% and 1.0%, as impairments moderated slightly during the month.

In terms of net financing, the central bank said it expanded by 4.9% in April, reflecting the increase in outstanding corporate bond growth which stood at 7.7% versus 5.9% in March, while outstanding loan growth was sustained at 3.9% for both March and April.

“Outstanding household loan growth increased to 6.2% (March: 5.7%) as loan disbursements grew at a higher pace compared to loan repayments across most purposes.

According to the central bank, domestic financial market conditions improved in April amid a confluence of external and domestic factors.

Domestic bond yields moderated amid positive investor sentiments driven by Malaysia’s retention in the FTSE Russell World Government Bond Index and the decline in longer-term sovereign bond yields in most advanced economies after the sharp increase earlier in the year.

“The ringgit appreciated by 1.3% against the US dollar supported by portfolio inflows to the domestic bond market and broad weakening in the US dollar.

“The FBM KLCI increased by 1.8%, supported mainly by the healthcare sector amid concerns surrounding the global and domestic resurgence of Covid-19 cases, ” it said.

Bank Negara said headline inflation rose to 4.7% in April versus 1.7% in March due to higher domestic fuel prices.

“Headline inflation is expected to temporarily spike in the second quarter, and moderate thereafter as the base effect subsides.

“Underlying inflation, as measured by core inflation, remained stable at 0.7%, ” it said.

Bank Negara said exports expanded further by 31.0% in March versus 17.6% in February, driven primarily by robust manufactured exports. — BernamaBy destination, the expansion was supported by exports to China, the United States and Singapore.

“Looking ahead, exports are expected to be supported by the rebound in global growth, continued demand for electronics exports and higher commodity prices.

“Nonetheless, the trade outlook remains contingent on the path of the Covid-19 pandemic, ” it added. -- Bernama 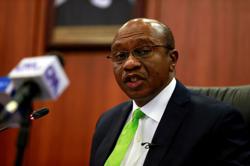