First issue: Australia’s big banks, including Westpac, are bursting with cash and had abandoned onshore and offshore senior markets since the RBA introduced the term funding facility in March 2020. — AFP

SYDNEY: Westpac Banking Group has reopened Australia’s big banks bond-market taps for the first time in more than a year, with a US$2.75bil (RM11.4bil) deal that also marked their first use of a non-US dollar London Interbank Offered Rate (Libor) benchmark rate to price the debt.

Investors gobbled up Westpac’s first issue of senior bonds since January last year, allowing the country’s second-largest lender to pay only 60 basis points over Treasuries for US$1bil (RM4.14bil) in 10-year debt, a 25% discount to the 80 points it paid last year.

A US$300mil (RM1.2bil) floating-rate bond tranche maturing in five years was priced at a 52 basis point spread over the Secured Overnight Financing Rate (SOFR) – the first time any of the “Big Four” Australian lenders had used the Libor replacement for their deals.

Australia’s big banks are bursting with cash and had abandoned onshore and offshore senior markets since the Reserve Bank of Australia (RBA) introduced the Term Funding Facility (TFF) in March 2020, costing only 0.10%, to ensure access to liquidity at the height of the Covid-19 pandemic.

“There’s been a long hiatus since we’ve seen the major banks access term funding markets given their access to the central banks’ TFF and the substantial uplift in deposits, ” said Allan O’Sullivan, Westpac’s head of debt capital markets syndication.

“It’s positive that investors are seeing a transaction from them on their screens again.”

“A super-strong outcome by Westpac, ” said Ian Campbell, Citigroup head of debt capital markets in Australia and New Zealand. “The trades shine even brighter given the all-time tight spreads.”

The bond had “really encouraging support from global US dollar investors, many of whom had not had a chance to buy senior unsecured AA rated opco paper for over 14 months from the major Australian bank sector, ” he added.

Australia’s major banks have not yet deployed the massive A$200bil (US$155.2bil or RM642bil) funding facility in full but it expires in June and repayments start in 2023. — Reuters 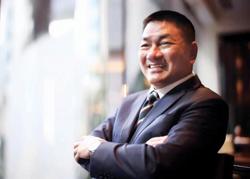