PETALING JAYA: Despite the adverse effects of the coronavirus pandemic on the economy, Malaysia’s banking system remains strong on the back of robust liquidity and deposit-driven funding.

The banking systems in Indonesia, the Philippines and Thailand were rated as “moderate +”, while Vietnam received a “weak +” rating.

Singapore’s macro profile, on the other hand, was rated “very strong -”.

The macro profile by Moody’s is designed to capture the system-wide factors that are predictive of the propensity of banks to fail.

Moody’s said that banks in Malaysia benefit from a diversified and competitive economy with ample natural resources.

In addition, the country also enjoyed strong executive and legislative institutions, and had consistently demonstrated effective macroeconomic policymaking as evidenced by its track record of financial stability.

However, the rating agency pointed out that the government’s capacity to respond to shocks was constrained by its narrow revenue base and high debt burden.

“Politics also have the potential to distract the government from its policy priorities, particularly longer-term reforms that may strengthen the credit profile over time.

“Our assessment of Malaysia’s macro profile also incorporates asset risks to banks because of the elevated leverage among households and corporates, that in turn will exacerbate challenges faced by borrowers during periods of economic downturns, ” it said yesterday.

Malaysia’s household debt as a percentage of the gross domestic product (GDP) rose to 93.3% by end-2020 from 82.9% a year ago, although the increase was driven by GDP contraction rather than credit expansion.

According to Moody’s, the high leverage will exacerbate challenges faced by borrowers during periods of economic downturns.

“In 2020, the pandemic disrupted the domestic economy, with borrowers from tourism-related businesses, small and medium enterprises and low-income households among the hardest hit.

“In response, banks extended repayment assistance to affected borrowers that will help them cope with the abrupt disruption to their incomes or revenues.

“As of Dec 31,2020, loans that were under repayment assistance accounted for 8.9% and 17% of total household and business loans respectively.

“While most of these loans are not classified as impaired because of regulatory forbearance, we expect some to default eventually, with the extent depending on the pace of economic recovery, ” stated Moody’s.

The ratings agency added that banks in Malaysia were mainly funded by deposits and had access to a well-developed domestic capital market.

The banking system’s liquidity was also robust, with the system-wide liquidity coverage ratio of 147% as of February 2021 which remained well above the regulatory minimum of 100%.

It is worth noting that banks in Malaysia are required to maintain a minimum liquidity coverage ratio of 100% from Jan 1,2019 onwards.

However, between April 2020 and December 2020, Bank Negara had temporarily relaxed the requirement to 85% as part of the central bank’s measures to soften the economic disruption caused by the pandemic.

Commenting on the domestic banking industry structure, Moody’s said it was a neutral factor for Malaysia’s macro profile.

It added the Malaysian banking system was fairly concentrated, with over 65% of total banking system loans dominated by the five largest banking groups in the country as of end-2020.

“The resiliency of its growth is also supported by a highly diversified economy, ” according to the rating agency. 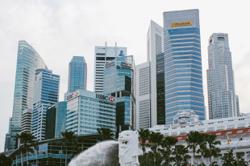 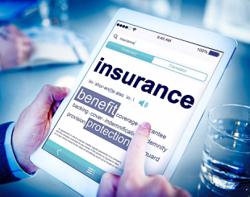