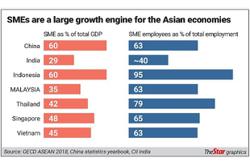 TAIPEI: Taiwan’s economic prospects are bright and growth this year will come in as expected as long as the Covid-19 situation can be brought under control quickly, according to the government, adding that the impact of a recent spike in cases was limited.

Export-dependent Taiwan raised its coronavirus alert level in the capital, Taipei, and the surrounding city on Saturday, imposing two weeks of restrictions that will shut many venues and limit gatherings after a rise in community transmissions.

In a statement after Premier Su Tseng-chang called a meeting of top economic officials, including central bank governor Yang Chin-long and Economy Minister Wang Mei-hua, Taiwan’s cabinet said they all agreed the outlook was good.

The profits of listed companies have increased significantly over last year, and export orders are also performing well, it added.

The current pandemic situation is having a short-term impact on consumers, but as long as infections can be controlled soon, added to a proposed T$210bil (US$7.51bil or RM30.7bil) in government spending support, expectations for 2021 economic growth can be maintained, it said.

The cabinet proposed the new spending on Thursday, though it still needs parliamentary approval.

Su urged all departments to keep a close watch on market developments and “take necessary steps for the normal operation of financial institutions and order and stability of the stock and foreign exchange markets”, the cabinet added.

Taiwan’s economy grew at its fastest pace in more than a decade in the first three months of 2021 as the “work from home” boom sparked strong global demand for the island’s hi-tech exports.

In March, the central bank raised its 2021 estimate for gross domestic product growth to 4.53% from 3.68% forecast in December and has said further upward revisions are likely.

Taiwan’s manufacturers, such as the world’s largest contract chip maker, Taiwan Semiconductor Manufacturing Co Ltd, are a key part of the global supply chain for technology giants such as Apple Inc. — Reuters 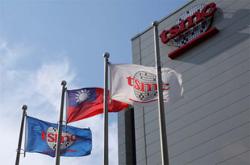 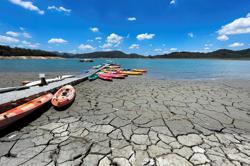