SEOUL: Global funds have piled back into short selling South Korean stocks in the two weeks since authorities lifted a ban on the divisive investment strategy.

While the benchmark Kospi Index has held up amid a decline in regional peers during this period, pain has been felt in Korean stocks favoured by the nation’s legions of retail traders. Short selling has been most evident in healthcare and technology stocks popular with mom-and-pop investors, as well as shares of companies that missed inclusion in MSCI Inc’s indexes. With overseas funds betting against 6.1 trillion won (US$5.4bil or RM22bil) worth of Korean stocks over the period, there has been a net outflow of money abroad from the country’s share market.

Jo Yelin, who works for a Seoul-based software startup firm and trades shares in her spare time, is looking to ride out any dips in the market with a conservative approach. She’s also drawing on lessons learned from dabbling in US equities, where a battle between retail traders and short sellers has pushed stocks like GameStop Corp to dramatic highs and lows.

“I’m not going into any companies that could see similar events, ” said 30-year-old Jo, who is one of South Korea’s estimated nine million individual equity investors and holds some of the most-shorted stocks, including Samsung Electronics Co and Naver Corp.

Bio-pharmaceutical company Celltrion Inc was the most shorted stock by value in the first seven days since the ban was lifted.

The stock slumped 6.2% to a six-month low on May 3 but has clawed back its losses since then. Retail traders didn’t lost hope, adding more Celltrion shares to their portfolios in the period through May 12.

The favourite stocks of individual investors over the seven days, measured by net purchases, were Samsung, Naver and Hyundai Motor Co. Samsung and Naver were also the third and 13th most shorted-stocks by value and have dropped over the past two weeks. Hyundai is up, despite being 10th on the target list of short sellers.

It remains difficult to determine precisely how much of the moves in Korea have been caused by short selling given the recent pullback in global equities, particularly tech stocks. And it is also important to note that the resumption of short selling has been limited to 351 large-cap stocks in the Kospi 200 and the Kosdaq 150 indexes.

Rather than being a cause for alarm, some observers like CLSA Korea analyst Paul Choi argue the investment strategy simply helps make the market more efficient.

“The absence of short-selling sometimes makes things more volatile because a stock can run up much more, then fall from a higher point, ” said Choi. He expects a large amount of shorting to continue in areas where valuations are stretched, such as the bio-tech sector. — Bloomberg 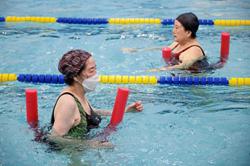