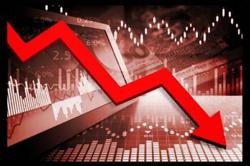 and Petronas-linked stocks enabled the FBM KLCI to close a shade higher on Monday in very volatile trade but the broader market weakened with over 1,000 counters in the red.

Concerns about the nationwide MCO and rising Covid-19 cases curbed overall investor appetite for riskier assets, though there were speculative plays seen in small cap stocks.

Malaysia recorded 4,446 new Covid-19 cases on Monday, bringing the cumulative total to 474,556, according to the Health Ministry. Selangor has the highest number of infections at 1,650 followed by Sarawak (433) and Johor (391).

Gold rose to a three-month high as weaker bond yields added to the metal’s allure amid signs bullion investors are turning more positive.

Spot gold rose 0.5% to $1,853.12 an ounce by 10 a.m. in London, after reaching the highest since Feb. 10. Silver, platinum and palladium also gained. The Bloomberg Dollar Spot Index was steady, Bloomberg reported.

Reuters reported China stocks appear to be staging a revival, notching their best two-day run since February on expectations that Beijing will likely maintain its policy support for an economic recovery that’s losing steam.

The CSI 300 Index closed 1.5% higher, extending gains from Friday to 3.9%. The benchmark traded up to session highs following official monthly data showing that economic activity moderated in April - a development that analysts say could result in sustaining government support and tame fears over tightening liquidity.

Japanese shares reversed course to settle lower on Monday, as worries over the slow pace of the domestic vaccination drive overwhelmed a boost from solid gains in Wall Street shares.