CHICAGO: U.S. soybean futures set an 8-1/2-year high on Wednesday after a key U.S. government crop report projected that supplies of the oilseed would remain tight even after the 2021 U.S. harvest.

Soaring CBOT soybean oil futures lent support, with the thinly traded May soyoil contract reaching 72.32 cents per pound, an all-time high on a continuous chart of the spot contract, before paring gains.

Corn and wheat futures fell after the U.S. Department of Agriculture's first official forecasts of stocks left at the end of the 2021/22 marketing year came in above most trade expectations.

Soy futures jumped after the USDA projected U.S. 2021/22 soybean ending stocks at 140 million bushels, roughly in line with trade expectations but up only slightly from the 120 million bushels expected at the end of 2020/21, a seven year low.

"The soybean situation in the U.S. is essentially the tightest that we've ever seen in the stocks-to-use ratio. You could make the argument that the market has been undervalued for the last several months," said Joe Vaclavik, president of Standard Grain, a brokerage.

"We expect strong demand to remain in the market. There is no reason for (soy) crushers to slow down crushing beans. The U.S. is going to need the oil because of this renewable biodiesel industry that seems to be popping up overnight," said Terry Reilly, senior analyst with Futures International. 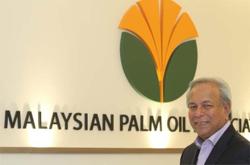